In the last 48 hours, the FBI has released two caches of documents through their "FBI Vault" website related to the 2016 US election. One sheds light on the agency's relationship with Christopher Steele, while the other reveals that disgraced agent Peter Strzok waited until after the 2016 election to have Anthony Weiner's laptop analyzed for hacking.

The 71-page release of heavily redacted records concerning former MI6 spy Christopher Steele reveals that he was paid by the agency over an unknown period of time - at least 11 times during 2016, and that Steele was admonished by the agency for unknown reasons in February, 2016.

An example of the heavily redacted forms noting Steele's payments as well as his admonishment: 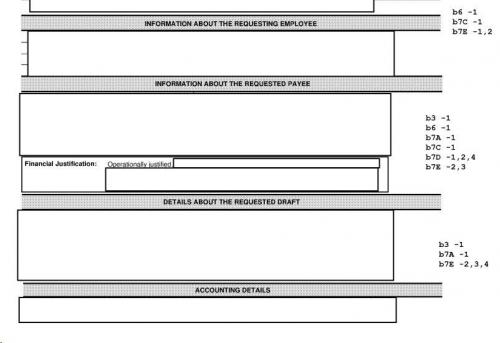 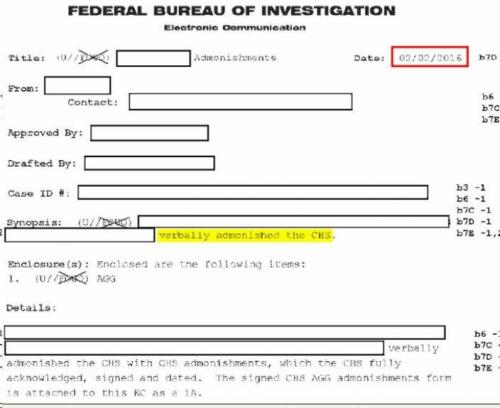 Steele compiled the infamous and largely unverified "Steele Dossier," which was funded in part by the Clinton campaign and used by the FBI as a foundational document to apply for a surveillance warrant on Trump associate Carter Page. The records were released in response to a Freedom of Information Act (FOIA) lawsuit brought by watchdog organization Judicial Watch.

What's already known is that the FBI offered to pay Steele $50,000 if he could verify the claims in his dossier - and ultimately did not pay him for that specific deliverable.

Mr. Steele met his F.B.I. contact in Rome in early October [2016], bringing a stack of new intelligence reports. One, dated Sept. 14, said that Mr. Putin was facing “fallout” over his apparent involvement in the D.N.C. hack and was receiving “conflicting advice” on what to do.

The agent said that if Mr. Steele could get solid corroboration of his reports, the F.B.I. would pay him $50,000 for his efforts, according to two people familiar with the offer. Ultimately, he was not paid. -NYT 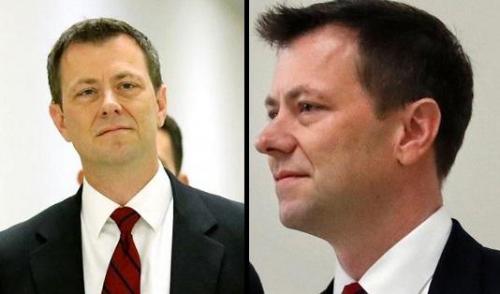 Another FBI vault release under the "Hillary Clinton" files (Part 24 of 24) reveals that disgraced counterintelligence agent Peter Strzok waited until November 9th, 2016 to submit the hard drive from what is believed to be Anthony Weiner's laptop to the FBI's forensics team to investigate whether the device had been hacked - something they told a Judge was a concern to justify their October 30 search warrant application.

It's already known that the FBI sat on the Weiner laptop, which the agency knew contained Clinton emails as early as September 28, 2016, yet former FBI Director James Comey wasn't briefed on the newfound emails until October 27, 2016. The FBI famously analyzed 350,000 emails and 344,000 blackberry communications in just a few days (Oct. 30 - Nov. 5, 2016).

However as the Conservative Treehouse and others have noted, Strzok waited until November 9 - one day after Hillary Clinton's loss, to submit the laptop's hard drive to the forensics team.

Via the Conservative Treehouse: 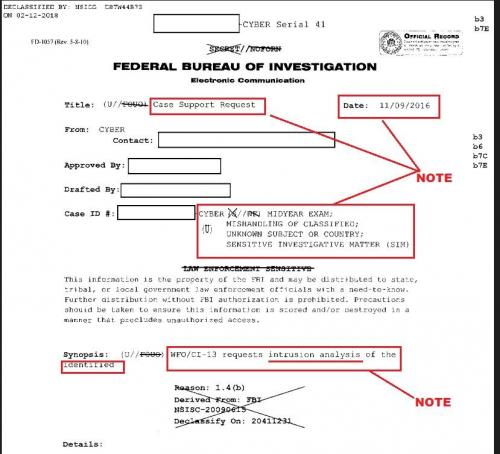 From this page (15): The day after the 2016 election Peter Strzok is asking the FBI forensics data lab to run an intrusion analysis of Huma Abedin’s laptop hard drive. 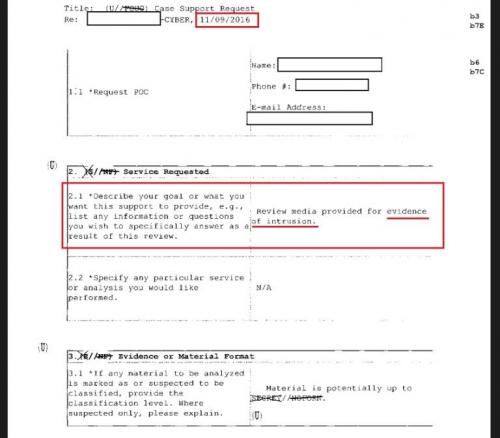 From This Page (16): The day after the 2016 election specific instructions to look for “evidence of intrusion." 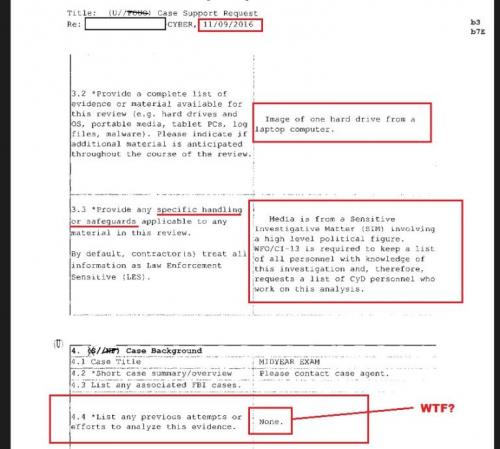 In other words, the FBI told a judge that hacking was a concern in their October 30 warrant, yet waited until after the election to investigate whether there were any intrusions.

Was the agency holding off in case Hillary Clinton won the election? Since we know that "Foreign actors" obtained access to some of Clinton's emails - including at least one email classified as "Secret," according to a memo by GOP-led House committees, wouldn't analyzing Weiner's laptop for hacks be of primary concern?