JUSTICE IS BLIND: Except When It Comes to Robert Mueller’s Partisan Witch-hunt

Writing at The Wall Street Journal, Kimberley A. Strassel offers a powerful critique of Special Counsel Robert Mueller's probe. The imbalanced treatment, seemingly based upon the political affiliation of the target, is becoming impossible to ignore:

If there is only “one set of rules,” where is Mr. Mueller’s referral of a case against Hillary for America? Federal law requires campaigns to disclose the recipient and purpose of any payments. The Clinton campaign paid Fusion GPS to compile a dossier against Mr. Trump, a document that became the basis of the Russia narrative Mr. Mueller now investigates. But the campaign funneled the money to law firm Perkins Coie, which in turn paid Fusion...

...The campaign falsely described the money as payment for “legal services.” The Democratic National Committee did the same. A Perkins Coie spokesperson has claimed that neither the Clinton campaign nor the DNC was aware that Fusion GPS had been hired to conduct the research, and maybe so. But a lot of lawyers here seemed to have been ignoring a clear statute, presumably with the intent of influencing an election. 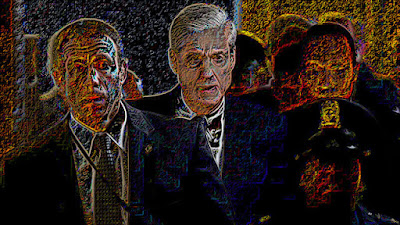 Prosecutions under the Foreign Agent Registration Act (FARA) are also exceptionally rare, though Mr. Mueller is getting media kudos for hammering the likes of Paul Manafort and Rick Gates for failing to register as lobbyists for foreign entities. The law is the law.

But under this standard, where are the charges against the principals of Fusion GPS, who Sen. Chuck Grassley has said look to have been lobbying on behalf of powerful Russians against a U.S. sanctions law, with its payment again funneled through a law firm? This was a sideline to its dossier work, but Mr. Mueller usually has no issue with sideline charges.

Of the seven U.S. citizens Mr. Mueller has charged, five have been accused of (among other things) making false statements to federal officials. But there have been no charges against the partisans who made repeated abjectly false claims to the FBI and Justice Department about actions of their political opponents. There have been no charges against those who leaked classified information, including the unprecedented release of an unmasked conversation between former national security adviser Mike Flynn and a Russian ambassador. Nothing...

...Prosecutors can claim all they want that they are applying the law equally, but if they only apply it to half the suspects, justice is not served. Mr. Mueller seems blind to the national need for—the basic expectation of—a thorough look into all parties. That omission is fundamentally undermining any legitimacy in his findings. Lady Justice does not wear a blindfold over only one eye.

Mueller isn't blind to anything. He knows exactly what he's doing. Problem is, most of the rest of us are either blind, or standing by in stunned disbelief as corrupt or incompetent law enforcement officials enable the Democrats and their media surrogates in their attempted coup of Trump.