TO MY FELLOW INNER CITY RESIDENTS: Here's How the Biden Family’s Crimes Were Handled vs. the Rest of Us

Oh, I live in an urban area, just so ya know. It’s diverse, amazing and fun. And I ain’t leavin’, period.

But, say, in the interest of promoting the [INSERT COLOR HERE] Lives Matter movements (so many cats, so few recipes), I feel compelled to unleash the “double-standard” trump card. After all, we have seen Hillary Clinton preemptively exonerated for multiple, willful violations of the Espionage Act.

Had you or I violated these codes, we’d be part-way through a sentence at Leavenworth. Which is not as fun as it sounds.

That said, please note how the deep state Beltway notifies us of these kindsa stories... 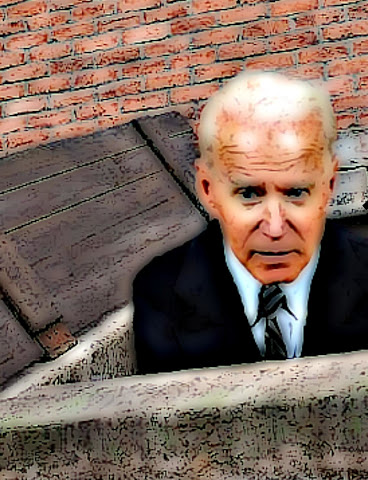 In August 2019, Caroline Biden, 33, a niece of former Vice President Biden, was busted in Lower Merion Township, Penn., for driving under the influence and without a license, public records show. While the case is active, it’s unlikely Caroline will face much in the way of consequences — if history and Biden family rap sheets are any guide.

Her arrest, which was never made public, was at least the ninth among Joe Biden’s close family, and followed incidents involving his brother Frank, his son Hunter and his daughter Ashley. The cases — ranging from felony theft to drug possession — were all either thrown out, or resulted in light sentences with no jail time, according to a Post review of public records and published reports.

The Pennsylvania drunken-driving collar was the third run-in with the law for Caroline, who is the daughter of Joe’s younger brother, James Biden Sr. In September 2013, she was booked for allegedly hitting an NYPD officer during a full scale meltdown at her Tribeca apartment, following a dispute with a roommate over unpaid rent. The case was dismissed after Caroline agreed to anger management treatment.


Joe Biden’s brother, Francis ‘Frank’ Biden, 66, won the prize for the most bizarre Biden family bust when he allegedly stuffed two DVDs from a Florida Blockbuster down his pants in October 2003, cops said. He was 49 at the time. He never showed up for a scheduled court hearing on the attempted theft and the state attorney declined to prosecute, according to records obtained by the Miami New Times.

He had more serious scrapes with the law. He was pinched in August 2003 for drunk driving in Fort Lauderdale, earning six months probation. He was arrested a year later for driving with a suspended license but avoided jail again by spending three months in rehab. In 1999, Biden was a passenger in a car involved in a fatal drunk-driving accident. He was found partially liable for the death of 38-year-old William Albano, and owes his family almost $1 million dollars, according to the Daily Mail.

But I’m sure the Biden kclan was treated just as you or I would have been.

Well, those are all probably coincidences.

But there aren't really aren't two systems of justice. No way.

I’m sure the Biden family -- with Joe’s $10 million+ estate -- is above reproach. I really believe that.

What living in an urban area(enjoy yourself pal because nothing says I smart like playing Russian Roulette every time you step outside) has to do with the Bidens escapes me.

I want my fellow urbanites to recognize how they are treated vs. how the elites are treated.