Carter "a bigot... [who] came back with bloody hands"


Israel's ambassador to the United Nations is a bit exercised over Jimmy Carter's pointless pilgrimage to Hamas-istan.

Israel's ambassador to the United Nations on Thursday called former President Jimmy Carter "a bigot" for meeting with the leader of the militant Hamas movement in Syria. 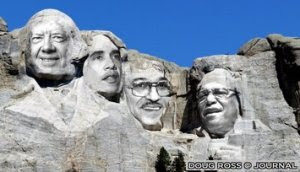 "[He] ...went to the region with soiled hands and came back with bloody hands after shaking the hand of Khaled Mashaal, the leader of Hamas," Ambassador Dan Gillerman told a luncheon briefing for reporters.

The ambassador's harsh words for Carter came days after the ex-president met with Mashaal for seven hours in Damascus to negotiate a cease-fire with Gaza's Hamas rulers. Carter then called Mashaal on Monday to try to get him to agree to a one-month truce without conditions, but the Hamas leader rejected the idea. 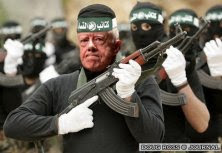 The ambassador called last weekend's encounter "a very sad episode in American history... [and it was a shame to see Carter] turn into what I believe to be a bigot."

...Gillerman said Hamas is armed and trained by Iran, whose president once called for Israel to be "wiped off the map."

"The real danger, the real problem is not the Israeli-Palestinian conflict; the real threat is Iran," he said.

I'll say it again. Look up "Useful Idiot" in the dictionary and you'll see this picture.
at 6:15 AM
Email ThisBlogThis!Share to TwitterShare to FacebookShare to Pinterest
Labels: Carter, Democrats, extremism, War