Financial Times has a fascinating study of "excess mortality" in European countries related to the Communist Chinese Virus known as "Covid-19". The phrase excess mortality refers to the comparison of deaths year-over-year. In short, answering the question "how many deaths are we seeing this year compared to prior years?"

The death toll from coronavirus may be almost 60 per cent higher than reported in official counts, according to an FT analysis of overall fatalities during the pandemic in 14 countries.

Mortality statistics show 122,000 deaths in excess of normal levels across these locations, considerably higher than the 77,000 official Covid-19 deaths reported for the same places and time periods.

Sweden embraced a non-lockdown strategy. You will want to see the charts: 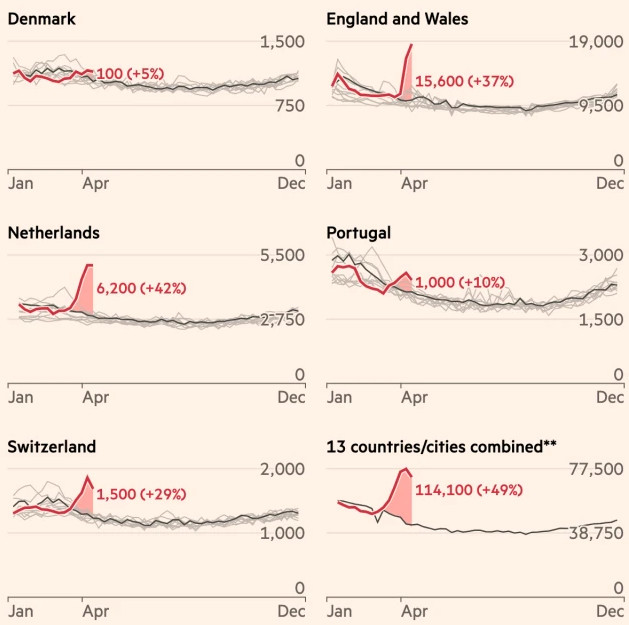 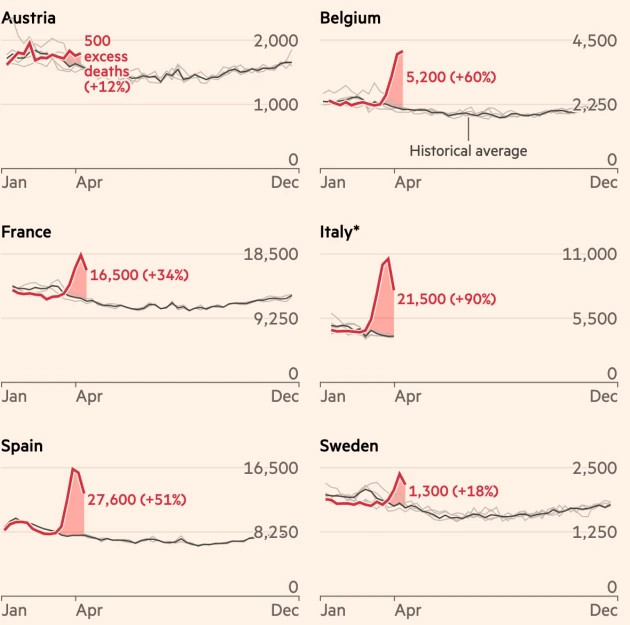 Sweden's controversial embrace of a non-lockdown strategy appears to have succeeded, at least thus far.

Blue state residents take note. Your governors' experiments with police state tactics are not only totalitarian, they appear to be counterproductive, unhealthy, and sorely misguided.

The Sweden result is interesting, but what's the deal with Denmark? They seem to have far and away done the best of European countries. What was their approach?

Those excess death counts are likely all wrong.

You are adding estimates to forecast if I am correct.