Gaza phone banks call US voters in support of Obama

REPORTER: It may be hard to believe, but working in this tiny Internet cafe in Gaza City may just be one of Barack Obama's biggest fans... 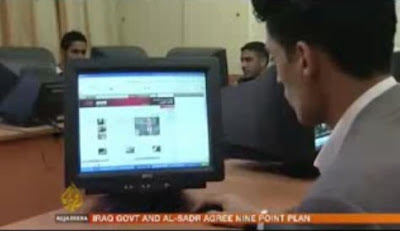 ...Before every U.S. primary, 23-year-old Ibrahim Abu Jayyab gathers 17 of his friends to try and rally support for Obama's campaign in the U.S. 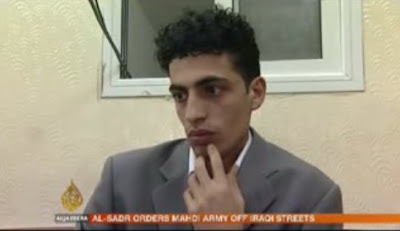 So why does a young Palestinian living in Gaza spend so much of his time and money on an election thousands of miles away? 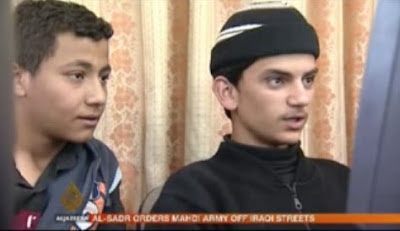 ABU JAYYAB: [translated] It all started at the time of the U.S. primaries. After studying Obama's electoral campaign manifesto, I thought, 'this is a man that is capable of change inside America.' As for potential change in the Middle East, he can also do that. I think he can bring peace to the area, or at least this is what we hope. 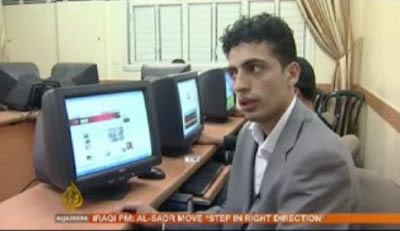 REPORTER: And the game plan? Ibrahim and his friends call random numbers in the U.S. before every primary to deliver one simple message: 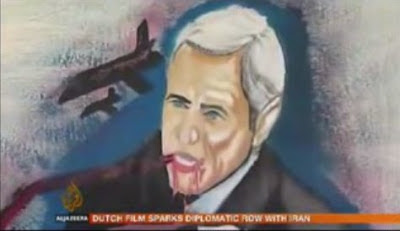 ABU JAYYAB: [in English] Elect Senator Obama. I will change. I will achieve... the justice in the Middle East.

Geraghty describes the end of the video clip: "The report concludes by showing graffiti in Gaza depicting a monstrous Bush, lips dripping with blood, clutching the world and drinking blood through a straw from a pile of skulls. The caption is, "Good bye Mr. Bush, we wont' miss you."" 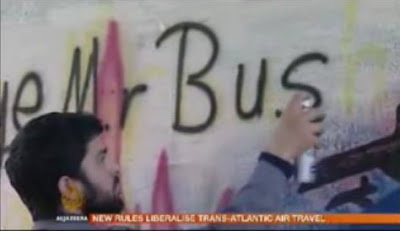 I think I saw that depiction of Bush on the MorOn.org website, too.