It all started out as a simple, money-making scam. In the late 1990's, members of the UN's International Panel on Climate Change (IPCC) were tasked with assessing the scientific validity of the Kyoto Protocol. They subsequently produced the Special Report on Land Use, Land Use Change, and Forestry. The report found that "carbon offsets" and "carbon trading" were viable ways to barter the right to pollute for new forestry initiatives. 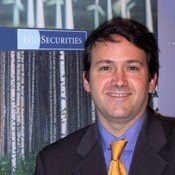 But members of the panel, such as Pedro Moura-Costa (above) and Gareth Philips, had major conflicts-of-interest. They owned or worked for businesses -- such as Ecosecurities and SGS Forestry -- that would benefit from the report's conclusions. But the mainstream media did not report these conflicts and instead piled on the "global warming" and "carbon offset" bandwagons.

The carbon offset market quickly exploded. In fact, $92 billion worth of offsets are expected to change hands in 2008. But wanton profiteering alone appears to be at the very heart of "carbon offsets." Put simply, a wide range of respected scientists, environmentalists, researchers, agriculturalists, and activists believe that carbon offsets are a "scam", "fantasy", "fiction", "nonsense", "fraudulent" and worse. And they've been saying so since 2000, though to read the newspaper you wouldn't know it.

The price for offseting a flight from London to Toronto and back?

In other words, they're all basically making it up as they go along.

The result of these frauds, with which the mainstream media has been stunningly complicit, goes well beyond what most of the scammers would ever have anticipated. 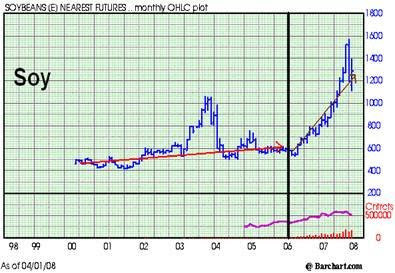 For one, food prices haves skyrocketed as biofuel production has eroded the world's ability to produce basic foodstuffs.

"Why are we putting food in our gas tanks instead of our stomachs?" asked Richard Reinwald, owner of Reinwald's Bakery in Huntington, N.Y., and an active member of the Retail Bakers Association...

...Joseph Glauber, the chief economist at the Department of Agriculture, said ethanol production has led to higher prices for corn and soybeans... [and]...George Braley, the vice president of America's Second Harvest, said food banks nationwide are having trouble stocking their shelves...

But biofuel production isn't the only culprit. 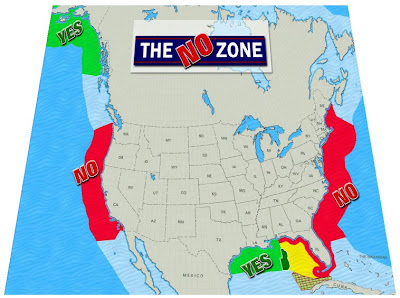 The rise in food prices is also due, in part, to high oil prices. Earlier this week, Senator Charles Schumer (D-NY) described his reluctance to pump oil from the United States' Alaskan National Wildlife Refuge (ANWR).

Unfortunately, that's exactly what Democrat Bill Clinton said fourteen years ago, when he vetoed legislation that would have permitted drilling in ANWR's coastal plain. Had Clinton signed off then, we'd have started producing oil four years ago. And billions of barrels of oil lie untouched, available to U.S. consumers, in the Outer Continental Shelf (OCS) areas. 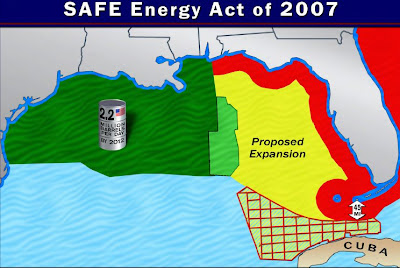 The oil lies, patiently waiting for us, in areas around the US. But Democrats have "repeatedly blocked environmentally safe exploration in ANWR... We could produce plenty of oil," said Sen. Ted Stevens (R-Alaska). "We could meet our own needs right now if we wanted to." 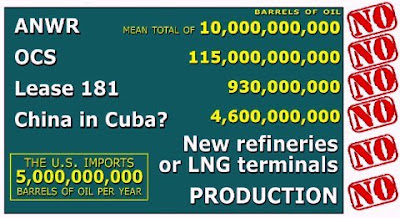 The red areas in the accompanying maps depict "The No Zone." These are the regions surrounding the United States in which Democrats have forbidden any oil exploration. From the tiny spit of land within the Alaska National Wildlife Refuge to the OCS, Democrats have uniformly opposed every form of exploration that would allow us to stop sending our funds overseas and given us the time to transition to clean energy technologies. 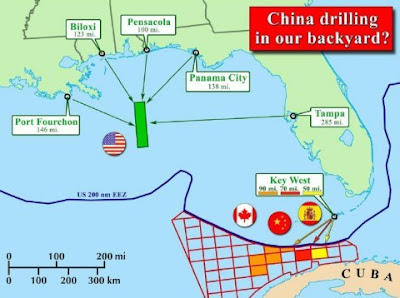 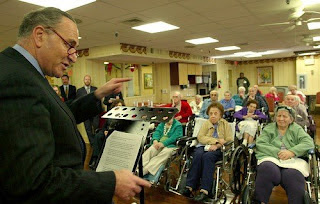 "We believe there ought to be a gas-tax holiday, but Big Oil ought to pay for it," said Sen. Charles Schumer, D-N.Y.

In other words, jack up prices to consumers even more because the oil companies will be forced to raise costs in order to continue their exploration and R&D functions (and pay shareholders like you and I). 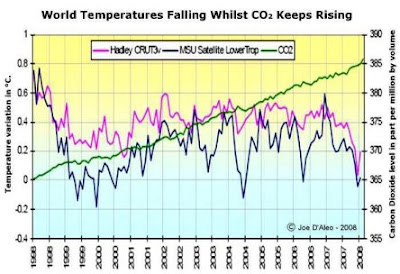 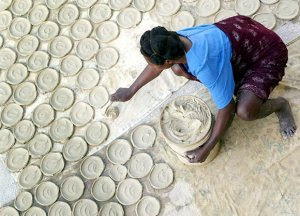 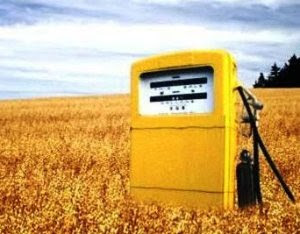 * * *
The hunger and high oil prices are certain to continue until we come to grips with reality. That is, fossil fuels are required for the world to survive the next several decades. The transition to green technologies will take significant time.

Unless we wish to see mass starvation and economic ruin, Democrats must allow America to take advantage of its immense storehouse of energy.

Linked by: Junk Science and Parkway Rest Stop. Thanks!

at 11:43 AM
Email ThisBlogThis!Share to TwitterShare to FacebookShare to Pinterest
Labels: Climate, Crime, Democrats, Energy