Taking down the Mullahs without firing a shot


Laurence Odhner offers "Greetings from the 'Great Satan'" and a plan to destroy Iran's despotic government without firing a shot.

“Call in the heads of all the airlines that currently fly into Iran, Lufthansa, Air France, KLM, to name a few, and remind them that Britain is a democratic monarchy, and likes to offer choices. Here are your choices. You are free to fly into Iran, and you are free to fly into Heathrow, but not both! And should you, Lufthansa, Air France, KLM choose to continue serving Iran, you will permanently lose your landing rights in Britain.” 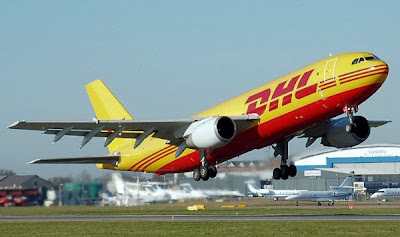 Ladies and gentlemen, I guarantee you, there is not an airline on the planet that would cash in its landing rights in Britain and the US for its landing rights in lovely Teheran. Sorry, but the economics just don’t work. Only airlines that are state controlled, such as Aeroflot, might even consider the notion, but would wither if confronted with an alliance of western governments expressing solidarity. Even one country alone, either the US or Britain, could independently impose such an embargo, and all their allies would have to tow the line or suffer the consequences. Further, no landing rights for countries that allow third country airlines to try to skirt the embargo, either, i.e. Syrian airlines may not service both Iran and the Netherlands, or KLM would be embargoed as well.

...This would leave Iran like engine without oil. Suddenly, there would be no tourism, no air travel in or out of the country. No air cargo. No DHL, no FedEx, no UPS, no opportunity for the pimp president, Ahmadinijad, to visit Hugo Chavez for purposes of plotting the construction of more Iranian long range missiles in Venezuela, capable of hitting the southern United States (yes, I kid you not, they are manufacturing them in Venezuela to be used against us), no more air shipments of north Korean parts for the nuclear (energy) program...

...How long would it be before the wealthy and middle classes of Iran are ready to overthrow the mullahs when they are suddenly cut off from skiing trips to Chamonix, or visiting their cousins in London, or shopping in infidel Paris? The tourism/hospitality sector would die a sudden death. Hotels and restaurants will be empty. Traitorous European businessmen, will no longer able to trade with the enemy...

I'm not sure I see a downside.
at 8:58 AM
Email ThisBlogThis!Share to TwitterShare to FacebookShare to Pinterest
Labels: extremism, War