There's a lot of speculation out there, but here are my guesses for President Trump's (doesn't that phrase feel good?) cabinet. 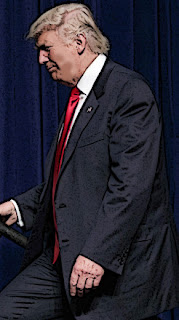 Alright, you geniuses: what did I get wrong?

You neglected to eliminate the following organizations.

Other sources have Thomas Barrack, Jr. in the running. I lean there as the background and profile batch better than Mnuchin. (He spent time in Saudi Arabia and learned Arabic.) I'm sure Mnuchin will have a role. Just maybe not Treasury.

I would put Sarah Palin as Secretary of State.

A contrarian move, but a good one, would be to nominate Mitt Romney as Commerce Secretary or perhaps Treasury Secretary.

How about a new FBI director?
Sheriff Arpiao needs a job!

Unfortunately, Sheriff Arpaio is too old, which is a real shame. Maybe Sheriff Clarke from Wisconsin?

Any room there for Tom Delay, or Alberto Gonzales?

Christie? Bridgegate....! hmmm, well, if he can shut down the bridge lanes our enemies are using to come in, then maybe. :-)

Heard from Mark Levin that the execrable Chris Christie is heading up the transition team. He plans to fill spaces with Bush and Romney loyalists. That is a recipe for total disaster.
Christie should never be allowed to make critical decisions.

Dept. of Education should be shut down.

Agree with Cascadia, Muslim panderer and all around (no pun intended) RINO Christie must GO!

RINO city. Wow. Did... you watch the election process? You lost. Ugh.

Rudy for AG. Bolton SecState Ted Cruz SCOTUS No Christie No RINO's other than rudy

Why the FUCK would we want Chris Christie anywhere near this administration???

"Reince Priebus"
Oh, I get it now.
This is an Onion piece.
very funny.
If I were Trump, I wouldn't let Priebus pick up dog poop.

Agree with comments about Christie. This guy brings bad judgment & poison to the table. Will never forget the videos of him slobbering all over Obama a few days before the election in 2012. He can't be trusted. He's already betrayed the cause.
Same with Romney. He wouldn't serve anyway.

Also, Newt is a wise statesmen, most of the time. But to bring prominent, controversial individuals onboard should be done with caution to avoid as much uproar as possible before Trump gets a chance to build momentum. John Bolton knows the international mine field extremely well and would attract less attention as nominee. He's very qualified to be Sec of State and has a tough as nails approach.
Agree about Rudy. Slam dunk. Newt needs a spot, just maybe somewhere else.

Priebus is okay if its a job that doesn't matter.

I think Palin would be a great Int Sec but she would cause an uproar beyond belief. Avoid controversy when possible but choose great people. There will always be controversy, I know. But don't go looking for a fight, at least not right off the start.

I hate to see Sessions pulled out to of the Senate. Trump will need all the fighters there he can get.

They all have to have secret superhero identities, too.

Can I grad Ivankas snatch, maybe eat it ?

Department of Education should be abolished.
No need for the Department when education — at long last - is out of the control of nanny, one-mind bureaucrats.

Education goes local: according to DJT.

Well, it's done. How does this look to y'all?
https://theconservativetreehouse.com/2016/11/12/the-donald-trump-presidential-transition-team/#more-124477

(Have to agree with some posters there, at least 1 very bad choice, and 1 not so good - probably others. But, it's his team, so hopefully they will come through for him, ...or be swiftly replaced.)