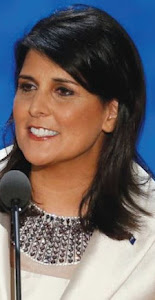 The real source of Team Obama’s ‘despair’ over Mike Flynn: Marc A. Thiessen
Trump: 'Imagine' What We Could Do Working 'As One People, Under One God': CNS
Trump Won't Pursue Charges Against Hillary: "She's Been Through Enough": ZH

Trump announces plan to kill regulations, spark coal production: Paul Bedard
Is Trump Walking Back His Promise To Pull Out Of The Paris Climate Agreement?: RWN

The Media Learned Nothing From 2016: Ashe Schow
Salon: Angry, stupid whites aren’t getting their jobs back — oh, and they’re racist: Twitchy
Gitmo Prisoner is Innocent Victim of Islamophobia on 'NCIS': Alexa Moutevelis Coombs

QOTD: "...why are Obama aides so upset about [Lt. Gen. Michael Fynn – as National Security Advisor], who Foreign Policy magazine reports “as a boy … would help arrange bus rides for Democratic voters on election days in his hometown.”

Simple. Because he warned them about the danger of Obama’s Iraq withdrawal and predicted rise of ISIS – and then, after leaving office, called Obama out for failing to heed that advice.

It was under Flynn’s leadership that DIA issued a classified report in 2012 predicting everything that has come to pass in Iraq since Obama’s withdrawal of American troops – warning that the chaos in Syria was creating conditions that could allow al-Qaeda in Iraq (now ISIS) to make a comeback and declare an Islamic caliphate." --Marc A. Thiessen

Trump has just made his second big mistake, by selecting Nikki Haley for U.N. Ambassador. The first was announcing that he will not pursue Clinton. His 3rd may be in the making by selecting Romney as Secretary of State.

Nikki Haley is Lindsey Graham in Lindsey Graham's skirt, when she isn't wearing her famous jeans. I voted for her the first time, but would never pull the lever again for her. There is nothing she hasn't been flipped on since taking office here by both parties. The day she announced the taking down of the Confederate Flag {which still isn't resolved}, she became a republican queen for a day {with a future}. Her total foreign policy experience is her birthright {period}.

Romney would never work for me after what he spewed during the primaries. Rudy was ideal for that spot. If he were to work for me, it would be at Treasury or Commerce, never Secretary of State. Sorry Mitt, if you can't handle Candy Crowley, you aren't going to survive at State.

Re: 'The real source of Team Obama's 'despair' over Mike Flynn...

Mind you, Mr. Thiessen is referring to the same Iraq War that President Obama has actually claimed he "ended" — it was his "promise kept"[!]
https://www.youtube.com/watch?v=2mBGZiKi9yQ

My question: Why isn't the current "Commander-in-Chief" called out daily on this? We still have men and women fighting there!

There is this too, Obama's disrespect of the fallen warriors and Gold Star families of #Extortion17: https://www.linkedin.com/pulse/barack-obama-has-disrespected-fallen-warriors-gold-star-joseph-kidd