YES, PRESIDENT TRUMP WILL BUILD A WALL: "I'm very good at this, it's called construction"

So relays Louis Nelson at a very butthurt Politico: 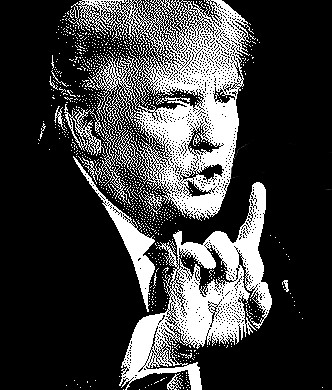 “What we are going to do is get the people that are criminal and have criminal records, gang members, drug dealers, where a lot of these people, probably 2 million, it could be even 3 million, we are getting them out of our country or we are going to incarcerate,” he said in the interview, to air on “60 Minutes ... But we're getting them out of our country; they're here illegally.”

Only then, Trump said, will he figure out a plan to deal with the “terrific people” who are in the U.S. illegally but have otherwise clean criminal histories. Securing the border, he said, is a prerequisite for any other action on immigration...

...One unchanged part of his immigration platform has been his plan for the construction of a wall along America’s southern border with Mexico, something he said he would force the Mexican government to pay for by threatening to cut off the flow of money from immigrants to their families south of the border. Trump said Sunday that while an actual wall will be necessary along some portions of the border, a mere fence will suffice in others.

“I'm very good at this; it's called construction,” he said.

Stop any more from coming in

Then figure out what to do with the law abiding illegals.

Gee. Why didn't anyone else think of that? D'Oh!