Because, apparently, in Frank Bruni’s world, Hillary is just so darned strong that she needs protection from Men. Doesn’t say much for her ability to serve in the most powerful position in the world:

Weiner or no Weiner, Hillary Clinton is likely to be our next president.

But she can’t seem to escape insatiable men.

She married one — for better, for “bimbo eruptions,” for two terms in the White House, for impeachment.

She’s in the climactic week of a grotesque battle with another. If she prevails, his boasts of sexual aggression will partly be why.

And if she fails? Again there’s a priapic protagonist. The F.B.I. wouldn’t be examining Anthony Weiner’s laptop if he hadn’t invited so many strangers to examine his lap, and her fate is enmeshed once more with the wanton misdeeds of the weaker sex.

Over so many of her travails hangs a cloud of testosterone.

Oh, noes, testosterone. One has to wonder if Frank has turned in his ManCard yet. 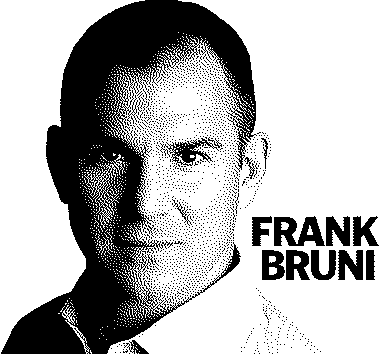 But, much like Hillary’s server problems, she owns this. She decided to stick with a man who was credibly accused of sexual assault and rape, a guy who received oral sex in the White House while president. Hillary had to know what kind of person he was.

She hitched her wagon to Huma Abedin, who was in a relationship with Weiner, and decided to stick around after the first sexual allegations. Hillary let her stick around. Seriously, if Hillary can’t take the heat in the rough and tumble world of politics, perhaps she should get out. Much of this sounds like the old “she can dish it out, but she can’t take it” recipe.