A Quick, Heartfelt Thank You Note to My Democrat Colleagues

The headline at Ann Althouse's place says it all: "The Democrats will now control next to nothing above the municipal level."

She points to a a despondent Jim Newell at Slate (I read it, so you don't have to) who offers us a long overdue obituary for the mummified husk of the far left Democrat Party.

The Democratic Party Establishment Is Finished

The Democrats will now control next to nothing above the municipal level... The Democratic Party establishment has beclowned itself and is finished...

...I think of the lawmakers, the consultants, the operatives, and—yes—the center-left media, and how everything said over the past few years leading up to this night was bullsh**...

...The party establishment made a grievous mistake rallying around Hillary Clinton. It wasn’t just a lack of recent political seasoning. She was a bad candidate, with no message beyond heckling the opposite sideline. She was a total misfit for both the politics of 2016 and the energy of the Democratic Party as currently constituted. She could not escape her baggage, and she must own that failure herself.

Theoretically smart people in the Democratic Party should have known that. And yet they worked giddily to clear the field for her. Every power-hungry young Democrat fresh out of law school, every rising lawmaker, every old friend of the Clintons wanted a piece of the action. This was their ride up the power chain. The whole edifice was hollow, built atop the same unearned sense of inevitability that surrounded Clinton in 2008, and it collapsed, just as it collapsed in 2008, only a little later in the calendar...

...the few Democratic leaders who remain are going to say that it was just a bad note struck here or there, or the lazy Bernie voters who didn’t show up, or Jim Comey, or unfair media coverage of Clinton’s emails, to blame for this loss. I am already seeing Democrats blaming the Electoral College... Don’t listen to any of this. Everything is not OK. This is not OK.

This prompted me to write a quick thank you note to those who may have voted Democrat in 2008 and 2012.

But Barack Obama was exposed as precisely the charlatan we predicted as early as 2007. See, for example, the illustrated tale I wrote entitled "Thirty Degrees Below Zero." 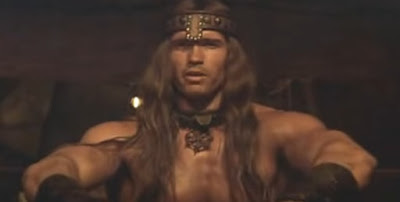 Now it is clear:

The rise of President Trump is the true legacy of Mr. Obama and his successful campaigns to destroy the health care system, flood the country with illegal aliens, tarnish the sanctity of the vote, upend the rule of law with a thoroughly politicized Department of "Justice", target his political opponents using the IRS, fuel the rise of a nuclear Iran, seed the Middle East with the most vicious brand of Islamist throwbacks seen in a thousand years, encourage Russian and Chinese aggression against our military, invite Muslim Brotherhood terrorists into the White House, crush the will to work by flooding able-bodied Americans with welfare benefits, initiate a veritable war on cops by cheering racialist terror groups like Black Lives Matter, suppress economic growth with millions of pages of new regulations... all while doubling the national debt!

Thank you for returning the entire apparatus of government to those who actually care about America.

I'll quote America's most petty president ever on this matter, who -- while meeting with the opposition party for the first time after his inauguration -- said "elections have consequences" and "I won."

Mr. Trump is now fully justified in echoing those comments to a Democrat Party that has been repudiated across the land.

As a wise man once said, the greatest pleasure in life is to crush your enemies, to see them driven before you and to hear the lamentation of their women.

Well, they (currently) have control of the bureaucracy, and near-total control of the education system, and the trade & govt unions, so there is that.

No Doug, it's not "to hear the lamentations of their women" .. it's "To hee-ah de lemon-TAY-shuns of dey women". It must be rendered in it's original Austro-Barbarian

Well put... save for the very last. As long is Moochelle isn't included in "their women"... or Hillary, Dunham, etc... Wait. Let me go out and come back in. No one ever expects the Spanish I...

Genghis Khan great man? If not his quote he stated something identical.

No, not Genghis. Conan!

"his successful campaigns to destroy the USA all while doubling the national debt"
Simplified the paragraph for you.