ANOTHER CANARD SQUASHED: Parkland Mass-Murderer Did Not Use Any High-Capacity Magazines

The “weapon and bullets were not high quality and were breaking apart,” one of the legislators, state Sen. Lauren Book, D-Plantation, told the Herald.

Cruz went in with only 10-round magazines because larger clips would not fit in his duffel bag, Book said.

Given the general ignorance of reporters on firearms technology, and of Democrats in general, I would not rely on this information until we have corroboration. Democrat Representative Lauren Book seems to have experience with child abuse and anorexia (she has written two books).

The only expertise she has exhibited about firearms is that she sponsored a bill to punish parents if a minor obtained a firearm that was not locked up. The bill would have applied the same rules to BB guns or air guns.

Debaters are always able to manufacture hypothetical situations that support their position. Marco Rubio is supposed to have said that the use of 10 round magazines supported the need to ban magazines that hold more rounds. 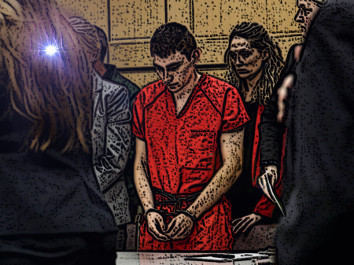 The reason? Because the mass murder would have been even worse with magazines with greater capacity! From time.com:

Rubio visited Marjory Stoneman Douglas high school and a few days later met with its teachers. He said he was told that several people were able to escape because 19-year-old suspect Nikolas Cruz stopped and reloaded the rifle he used during the Feb. 14 attack.

The Florida Republican, who was challenged by survivors and family members during a contentious meeting broadcast on CNN on Wednesday, said this is “evidence in this case that it saved the lives of some people.”

We have one of the highest casualty mass murder school shootings in our history, supposedly with 10 round magazines. That is taken to be evidence to ban magazines that hold more than 10 rounds. No matter how bad an event is, a hypothetical can always be made to say it could have been worse.

This is a typical debate tactic for infringements on the Second Amendment. The laws proposed seldom have much to do with the crime being used to push an emotional argument. It is an opportunity to pass legislation that would never pass with calm reflection.

This is Goldilocks gun control. Guns are always too big (.50 cal) too small (concealable) too powerful, not powerful enough, too effective, not effective enough… guns are never “just right”.

Recall the State of New York attempted to ban all magazines that held more than seven rounds, in their infamous “SAFE act”.

People who want the public disarmed have one position. It is guns are bad, and you should not have them. If you think that is incorrect, ask them what their limit on restrictions would be.

Rifles are used in a tiny amount of murders in the United States. The number of murders with rifles have had an upward blip the last couple of years as the national media has made mass murderers who use semi-automatic rifles into instant celebrities.

Expect little change in the calls for a ban on magazines with a capacity over 10 rounds. Facts do not matter to those pushing for a disarmed population. Facts tend to be impediments to emotional arguments.

Nearly all infringements on the Second Amendment have passed legislatures with little regard for facts.

The weapon and it's magazine capacity are all besides the point; it's irrelevant.

There will always be some crazy that will shoot up a school or theater or stadium, etc., and that individual will always find a reason to kill folks.