Based on the recommendation of career officials in the FBI's Office of Professional Responsibility, Attorney General Jeff Sessions fired former FBI Deputy Director Andrew McCabe late Friday for good cause. The dismissal occurred less than two days before McCabe was planning to retire and become eligible to receive lucrative pension benefits.

"After an extensive and fair investigation and according to Department of Justice procedure, the Department's Office of the Inspector General (OIG) provided its report on allegations of misconduct by Andrew McCabe to the FBI's Office of Professional Responsibility (OPR)," Sessions said in a statement Friday.

"The FBI's OPR then reviewed the report and underlying documents and issued a disciplinary proposal recommending the dismissal of Mr. McCabe. Both the OIG and FBI OPR reports concluded that Mr. McCabe had made an unauthorized disclosure to the news media and lacked candor − including under oath − on multiple occasions. The FBI expects every employee to adhere to the highest standards of honesty, integrity, and accountability.  As the OPR proposal stated, ‘all FBI employees know that lacking candor under oath results in dismissal and that our integrity is our brand.’ Pursuant to Department Order 1202, and based on the report of the Inspector General, the findings of the FBI Office of Professional Responsibility, and the recommendation of the Department’s senior career official, I have terminated the employment of Andrew McCabe effective immediately.”

Justice Department Inspector General Michael Horowitz reportedly made his findings regarding McCabe’s alleged misconduct while looking into how the Justice Department and FBI handled investigations leading up to the 2016 presidential election, including their investigation of Hillary Clinton’s use of a private e-mail server for government business. McCabe had already been placed on leave several weeks ago, reportedly in response to these findings. His dismissal for cause was the next logical step.

Mr. Horowitz, whose full report is yet to be made public, was sworn in on April 16, 2012, during the Obama administration. He also served in the Justice Department from 1991 to 2002. He is no partisan hack whose conclusions can be easily dismissed.  Yet McCabe and his supporters are trying to turn McCabe's firing for good cause, reportedly based on those conclusions, into a partisan issue. 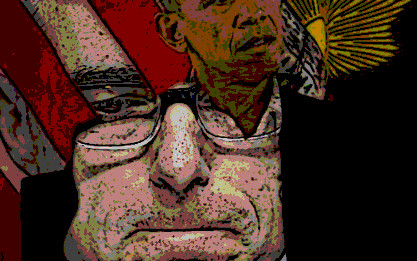 McCabe whined in an interview with Politico that his self-imposed ordeal was “personally devastating.” He complained that he was the victim of “an ongoing effort to undermine my credibility because of the work that I did on the Russia case, because of the investigations that I oversaw and impacted that target this administration.”

In a statement he issued on Saturday, the day after his firing, McCabe elaborated on his victimhood narrative: "The OIG's focus on me and this report became a part of an unprecedented effort by the Administration, driven by the President himself, to remove me from my position, destroy my reputation, and possibly strip me of a pension that I worked 21 years to earn. The accelerated release of the report, and the punitive actions taken in response, make sense only when viewed through this lens."

No, Mr. McCabe. The Inspector General's findings and the actions leading up to your firing were taken in response to your alleged authorization of a self-serving press leak to a former Wall Street Journal reporter and your lack of candor in explaining to Justice Department officials what you had done. Even in your statement attempting to exonerate yourself, you appear to be stretching the truth. You claimed, for example, that the FBI Director at the time, James Comey, was “aware of the interaction with the reporter.” The term “interaction” is bureaucratese for leaking. Yet former FBI Director Comey testified before the Senate Judiciary Committee last May that he never authorized anyone to leak information to the press regarding the FBI’s investigations and added, “If I find out that people were leaking information about our investigations, whether to reporters or to private parties, there’ll be severe consequences.” Although Comey was not around to impose those “severe consequences” himself on McCabe, they were finally imposed nevertheless.

The leaking episode may only be the tip of the iceberg. Should Andrew McCabe have recused himself altogether from the Hillary Clinton e-mail and Clinton Foundation investigations because of at least the appearance of a conflict of interest stemming from his wife’s receipt of large campaign contributions from a political committee run by Terry McAuliffe, a close associate of the Clintons? Reportedly about 98% of the McAuliffe related donations to McCabe’s wife came after the FBI launched the investigation into Hillary Clinton, although it was not until three months after his wife lost her election bid that McCabe became the FBI’s second in command and, according to the FBI, “assumed responsibility for the Clinton email investigation.”

What role, if any, did McCabe play in the apparent plot by anti-Trump FBI lawyer Lisa Page and FBI agent Peter Strzok to come up with an “insurance policy” to prevent or undermine a Trump presidency? The issue surfaced with the release of a Strzok text message from August of 2016: “I want to believe the path you threw out for consideration in Andy’s office—that there’s no way he gets elected—but I’m afraid we can’t take that risk. It’s like an insurance policy in the unlikely event you die before you’re 40…” Did “Andy’s office,” where the prospect of a Trump election victory was given such urgent attention, belong to Andrew McCabe, as seems likely?

To what extent was McCabe involved in the submission to the FISA court of misleading applications for authority to spy on Carter Page, a U.S. citizen? To what extent was he involved in approving or establishing the FBI’s reported arrangement with foreign agent Christopher Steele regarding the discredited dossier used to support the FISA applications? The applications to the FISA court reportedly omitted the material fact that the unverified dossier supporting the applications, authored by Christopher Steele using Russian sources, was paid for by the Hillary Clinton campaign and the Democratic National Committee, which Hillary Clinton controlled. McCabe reportedly testified before the House Intelligence Committee that no surveillance warrant would have been sought from the FISA court without the Steele dossier information. Yet if McCabe was aware of the source of its funding and its unverified Russian sources, did he participate in, if not help lead, a fraud on the FISA court?

McCabe’s supporters are lining up to support his victimhood narrative and to turn his firing for good cause into a partisan issue. One notable exception is the otherwise highly partisan Representative Adam Schiff (D., Calif.), who said that the firing may have been “justified,” while at the same time not ruling out the possibility that it “can also be tainted.”

Maryland Democratic Senator Benjamin Cardin stuck to the Democratic talking points. He said it appeared "vindictive and political" for the Trump administration to fire McCabe, taking away his substantial pension. “It also is a reflection on the administration’s disdain for the FBI itself. I just think this is outrageous. The Department of Justice, the FBI, should be independent and this type of political behavior should be unacceptable,” Senator Cardin said. Apparently, the senator forgot or did not realize that Attorney General Sessions was following the recommendation of career officials at the FBI and Justice Department, who had based their recommendation on the reported findings of the independent Inspector General and were intent on preserving the integrity of the FBI.

Representative Luis Gutierrez, D-Illinois, tweeted that McCabe should call him if he needs a federal job. “I am serious.  We have to stand up to bullies like @realDonaldTrump & @jeffsessions @USAGSessions #Resist #twill #AndrewMcCabeFired #standuptobullies #chicago @Comey” Evidently, using the FISA court to bully an American citizen, based on an unsubstantiated dossier funded by the political opposition, does not bother Rep. Gutierrez.

John Brennan, a former head of the Central Intelligence Agency during the Obama administration, responded to President Trump’s expression of satisfaction with the firing by tweeting: “When the full extent of your venality, moral turpitude, and political corruption becomes known, you will take your rightful place as a disgraced demagogue in the dustbin of history.” Brennan should look in the mirror before castigating anyone else.

Going back to McCabe’s dismissal based on his authorization of a leak to the media and his alleged misleading statements to government investigators, McCabe said that he will not remain silent. He may first want to consult a criminal lawyer. Why should he be treated any differently than others who have been accused of making false statements to federal investigators and have faced criminal charges, such as former National Security Adviser Michael Flynn and Martha Stewart? Depending on the evidence that emerges with the release of the Inspector General’s report, criminal charges against McCabe may well be the most appropriate outcome.