A new profile of dossier author Christopher Steele provided several new revelations about the creation of the salacious and unverified dossier.

The piece, from New Yorker reporter Jane Mayer, was widely hailed by mainstream and left-leaning journalists. MSNBC host Rachel Maddow touted it as a “staggering piece of reporting,” citing it as the biggest bombshell in the revelation that Steele wrote a memo alleging the Kremlin intervened to block President Donald Trump from selecting Mitt Romney as his secretary of state.

The piece does reveal numerous previously unknown facts about Steele and the dossier. Not all of the facts are favorable to the former MI6 officer and his infamous report:

Steele learned months after being hired by Fusion GPS that former Secretary of State Hillary Clinton’s campaign and the Democratic National Committee (DNC) were funding his investigation, according to Mayer. That is a new revelation and raises even more questions about why the FBI failed to disclose the dossier’s funding sources in applications for spy warrants against former Trump campaign adviser Carter Page.

“Several months after Steele signed the deal, he learned that, through this chain, his research was being jointly subsidized by the Clinton campaign and the D.N.C.,” Mayer reported.

Republicans have accused the FBI and Justice Department of abusing the Foreign Intelligence Surveillance Act (FISA) process by failing to disclose that the Clinton campaign and DNC funded the dossier. 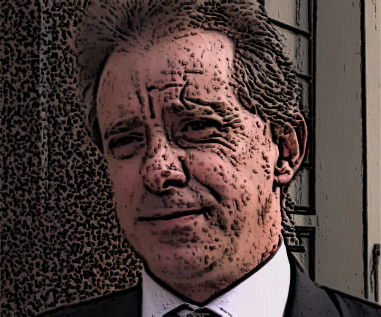 Instead, the application stated only that Fusion GPS, the opposition research firm that hired Steele, told him its client had a political bias against Trump.

“The identified U.S. Person never advised Source #1 as to the motivation behind the research into Candidate #1’s ties to Russia,” reads the FISA application.

One of the burning questions of the dossier is whether Steele and his firm, Orbis Business Intelligence, paid sources and sub-sources to gather information about Trump.

Glenn Simpson, the founder of Fusion GPS, testified before Congress that Steele did not, but Mayer’s reporting suggests he did pay intermediaries for his information.

“To serve its clients, Orbis employs dozens of confidential ‘collectors’ around the world, whom it pays as contract associates,” Mayer reported. “Some of the collectors are private investigators at smaller firms; others are investigative reporters or highly placed experts in strategically useful jobs. Depending on the task and the length of engagement, the fee for collectors can be as much as two thousand dollars a day.”

The prospect of Steele paying intermediaries has been cause for concern for some former intelligence officials.

Former CIA Deputy Director Michael Morell was concerned about Steele paying for information because sources “are going to tell you truth and innuendo and rumor, and they’re going to call you up and say, ‘Hey, let’s have another meeting, I have more information for you,’ because they want to get paid some more,” he said in 2017.

It recently emerged that Steele may have worked in the past for Deripaska. Iowa Sen. Chuck Grassley, a Republican, raised questions about any ties between the two, in a letter to Adam Waldman, an American lobbyist who has worked for Deripaska on visa issues since 2009.

Waldman exchanged text messages with Virginia Sen. Mark Warner, a Democrat, to set up a meeting with Steele. In those texts, published by Fox News, Waldman also mentioned possible immunity for Deripaska in exchange for his testimony before the Senate Select Committee on Intelligence.

Mayer suggests there is likely a connection between Deripaska and Steele. If so, it will likely raise questions about the former spy.

“If a financial trail between Deripaska and Orbis can be established, it is likely to raise even more questions about Steele, because Deripaska has already figured in the Russia investigation, in an unsavory light,” Mayer reported.

Deripaska is a former business partner of Paul Manafort, the former Trump campaign chairman who special counsel Robert Mueller recently indicted. Manafort sent emails during the campaign offering briefings to Deripaska, to whom he reportedly owed nearly $20 million from a failed business venture.

4. Salacious claims were based on secondhand information

The most shocking allegation in the dossier is that the Kremlin is blackmailing Trump with video footage of a tryst he had in a Moscow hotel room with prostitutes during a trip there in 2013. Steele makes the allegation in the first memo of the dossier, dated June 20, 2016.

None of Steele’s sources for that claim had direct knowledge of the incident, Mayer reported.

“The allegation was attributed to four sources, but their reports were secondhand — nobody had witnessed the event or tracked down a prostitute, and one spoke generally about ’embarrassing material,'” she noted.

Trump has denied the dossier claim, calling it “disgusting.”

It is perhaps no surprise that Mayer offered up a glowing profile of Steele. That’s because the veteran reporter was one of a handful of journalists handpicked by Fusion GPS to receive a briefing by Steele prior to the election.

Steele has acknowledged in a London court, where he’s being sued over the dossier, that in September 2016, he briefed reporters from The New York Times, The Washington Post, Yahoo! News, and The New Yorker.

Only Yahoo!’s Michael Isikoff published an article about Page based on Steele’s unverified allegations about that the campaign adviser’s activities in Moscow in July 2016. That article was cited in FISA applications against Page.

“These encounters were surely sanctioned in some way by Fusion’s client, the Clinton campaign,” Mayer wrote of her briefing from Steele and Fusion GPS. “The sessions were off the record, but because Steele has since disclosed having participated in them I can confirm that I attended one of them.”

Steele did not distribute the dossier, provide evidence or identify his sources, Mayer said.

6. McCain associate wanted to use dossier to force Trump to resign

David Kramer, a former State Department official and associate of GOP Sen. John McCain of Arizona, had a plan for the dossier, according to Mayer.

“A former national-security official who spoke with Kramer at the time told me that one of Kramer’s ideas was to have McCain confront Trump with the evidence, in the hope that Trump would resign,” she reported.

“He would tell Trump, ‘The Russians have got you,'” Mayer claimed.

An attorney for Kramer, who until recently served as a director for the McCain Institute, “maintains that Kramer never considered getting Trump to resign and never promised to show the dossier only to McCain,” Mayer added.

Kramer and McCain were first told about the dossier on Nov. 18, 2016, during a conversation with Sir Andrew Wood, a former British ambassador to Russia and Steele associate.

McCain dispatched Kramer to England after the meeting to meet with Steele. There he was briefed on the dossier and later provided a copy to McCain. The Republican shared the document with then-FBI Director James Comey during a brief meeting on Dec. 9, 2016. (RELATED: McCain Associate Invokes Fifth To Avoid Revealing Dossier Sources)

Four days later, Steele provided Kramer and McCain with his final memo of what is now known as the dossier.

Kramer is the only person known to have handled the final version of the dossier who has not denied providing it to BuzzFeed. Fusion GPS, Steele and McCain have all denied being the website’s source.