#MARCHFOROURLIVES: Trying to remember what David Hogg's iconography reminds me of...

It will come to me. 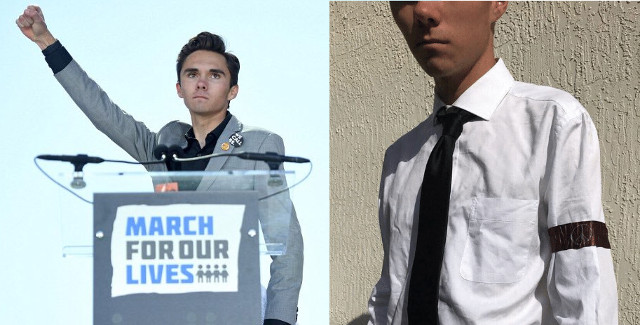 Never believe that gun registration (which the left refers to as "the gun show loophole") is a tool to make you safer.

History shows that pure evil is often an outcome.

The perennial gun-control debate in America did not begin here. The same arguments for and against were made in the 1920s in the chaos of Germany’s Weimar Republic, which opted for gun registration. Law-abiding persons complied with the law, but the Communists and Nazis committing acts of political violence did not. 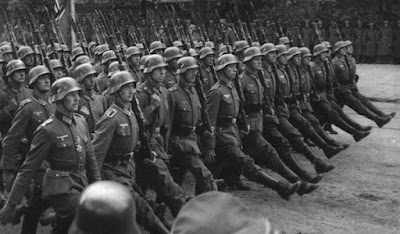 In 1931, Weimar authorities discovered plans for a Nazi takeover in which Jews would be denied food and persons refusing to surrender their guns within 24 hours would be executed. They were written by Werner Best, a future Gestapo official. In reaction to such threats, the government authorized the registration of all firearms and the confiscation thereof, if required for “public safety.” The interior minister warned that the records must not fall into the hands of any extremist group.#ad#

In 1933, the ultimate extremist group, led by Adolf Hitler, seized power and used the records to identify, disarm, and attack political opponents and Jews. Constitutional rights were suspended, and mass searches for and seizures of guns and dissident publications ensued. Police revoked gun licenses of Social Democrats and others who were not “politically reliable.”

During the five years of repression that followed, society was “cleansed” by the National Socialist regime.

The #MarchForOurLives crowd isn't shy about embracing totalitarianism and mass-murder.

Special thanks to that bald transgender boy, #EmmaGonzalez for wearing the flag of Cuba on his costume, and showing Americans what the #MarchForOurLives was really all about! #GunConfiscationNOW! pic.twitter.com/w89XJKxIka

Tell these people to go f*** themselves.

Citizens unable to protect themselves by force of arms are not free; they are subjects.

Who'd listen to a bunch of Hitler Jugend paid for by the DNC and Marxist billionaires?

Anonymous @ 10:54 PM - if we don't listen to them we risk them gaining even more momentum than the left has already given them. We have to counter them at every opportunity with cold, hard facts. NEVER forget that the hitler youth were some of the most dangerous foes faced in WWII - they formed the core of the 'werewolves' that had to be rooted out at high cost to Allied troops AFTER the war was over.
Of course since these twits hate guns they shouldn't be too hard to counter.........

I would say that Hogg only needs the jackboots to complete his costume,but i don't know if jackboots come in pastel colors.

He reminds me of obama's pajama-boy, all steroided up on spoiled estrogen.