During a discussion with Sean Hannity on his show last night, Mark Levin picked up the one critical fact everyone seems to be missing or ignoring about Andrew McCabe and the Russia story.

The lawyer, radio, and television superstar first explained that the person who colluded with the Russians was Barack Obama. Levin blasted Lindsey Graham and Marco Rubio for worrying about “bad cop” Andrew McCabe losing his pension. He is not losing his pension.

Democrats and these few Republicans are upset about this “bad cop” and his “mob boss” James Comey. These are bad people, he said. 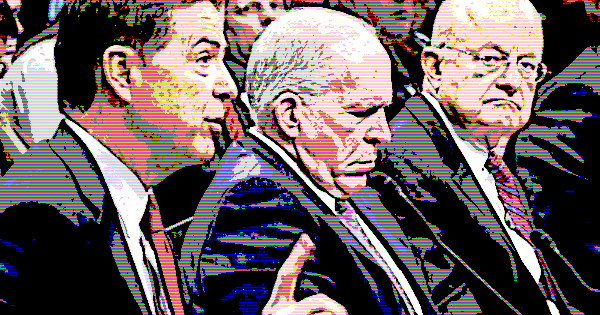 “So, the institutions within the Department of Justice and FBI that deal with this,” Levin continued, “had been raising red flags. The inspector general appointed by Obama and the head of OPR appointed by Mueller when he was the FBI director, they looked at it. Trump had NOTHING to do with it, they wouldn’t care what Trump had to say, anyway.”

“They go to the Attorney General of the United States and say, ‘you need to fire this guy.’”

Levin also slammed the media and the liberal Republicans like Sen. Lindsey Graham who have expressed all this “concern” over this dirtbag, McCabe.

BUT THIS IS THE BIG STORY

Robert Mueller’s mandate is to investigate Russia interference in the 2016 election. If that’s true, Levin asked: Why isn’t Mueller dragging Hillary Clinton, Loretta Lynch, James Comey or any of these people before the grand jury?

Yes, McCabe is not losing his pension, only deferring it.

If he retired after age fifty, he could start receiving it immediately. He's a retired "police officer" who have the same general rules as military and other front line roles.

By being fired, he now has to wait until maybe 62 to start receiving a reduced pension or wait to 66 for his full pension. At least those are what I think are the rules for someone like him.