Of course, "peak" is a relative term.

Let's summarize the headlines, over the fold. 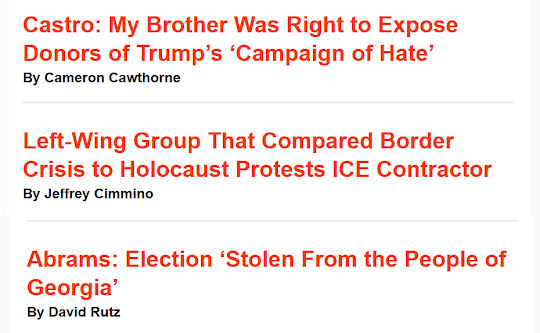 It may be safe to say that the Democrat Party and its Media surrogates have ceased to become relevant as a political entity.

Insurgency, maybe. But not a political party.