In spite of a complete ban on guns, murders in London now outpace murders in New York City.

But I'm sure there's a rational explanation, right?

There have been hundreds of knife-related homicides this year. If only there were methods to determine if a pattern exists or any discernible attributes might relate to these crimes...

A notorious [U.K.] ex-gang leader has slammed claims the Government's new chicken boxes with #knifefree on them are "racist", saying chicken shops are crime and grooming hotspots. 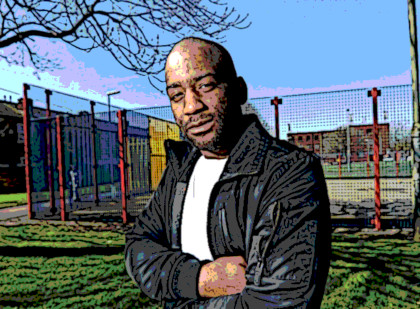 Matthew Norford, 36, says it's not racist to target these places because knife crime is "really killing black kids"...

...[The] Home Office plans to tackle knife crime by spending £57,000 on some 321,000 chicken boxes with the Government's #knifefree campaign message were blasted by politicians and members of the public as "a farce", "stupid" and "racist".

Shadow Home Secretary Dianne Abbott dubbed the campaign "crude and offensive", while Good Morning Britain host Adil Ray called it "demonising" and said he initially thought it was a joke.

"We're in a society where we're supposed to be playing against this idea of stereotypes," Adil said this week as newsreader Sean Fletcher remarked...

But former gang leader Matthew has hit back, saying the scheme is perfectly pointed because vulnerable kids are increasingly hanging out in the popular takeaways - and that some eateries are even selling Spice and heroin alongside chicken and chips.

"You've got to stop the black kids because it's them carrying a knife," says Matthew, who used to groom children into his Manchester gang with friendly gestures and flashy gifts.

"People need to come off the racist s*** and help the police!"

But, by all means, let's ban guns here in the U.S. while opening our borders to anyone, in spite of criminal predilection, mental health, or record of gun violence.

Speaking of which: how can you try to ban guns, when you won't stop gun-runners from crossing the border?

Food for thought, progressives and slow-learners, but I repeat myself.

The problem over there is the same as over here: they are blaming the tools being used instead of the CRIMINALS who are misusing them. Period.