ONE PICTURE OF AMERICANA: What has Changed?

Here is a picture of a rifle class typical of those conducted in schools just a few decades ago.

Kids took their rifles to class on the school bus. 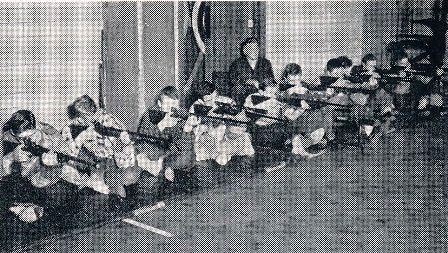 Could it be the growing epidemic of kids in single-parent households ("Of the 27 Deadliest Mass Shooters, 26 of Them Were Fatherless")?

Could it be the mainstreaming of America hatred and demonization of law enforcement? 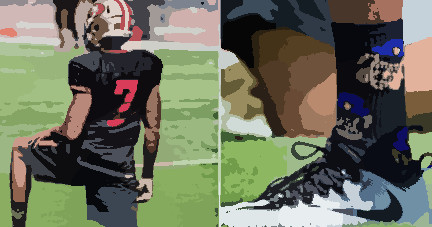 Could it be an unfree press that reviles objective reporting and instead pursues "social justice"?

Or could it be a mainstreamed culture that believes a baby -- hours before or after being born -- can be executed through shredding, an act positioned as "choice"?

Might it be an educational system that ignores the incredible and unique beauty of America’s founding with coursework that:

...attacks capitalism, the only economic system that has lifted the living standards of billions?

...has abandoned prayer, even silent prayer, on a daily basis?

...has removed patriotism from the classroom, from the Pledge of Allegiance to their bizarre social justice textbooks (e.g., a Third Grade text that devotes 1 page to Lincoln and 6 pages to Cesar Chavez)?

Could it be a society that has largely abandoned faith in favor of ever-shifting morals and arbitrary standards (i.e., gender identification) that have no historical or scientific basis?

Perhaps it's an entertainment complex that resembles Sodom and Gomorrah more than middle America?

Perhaps it is a government-funded culture of dependency that encourages single-parent families with trillions in wealth redistribution?

Or maybe it is our benevolent Tech Giant Overlords that encourage anti-Americanism by blatantly favoring one political party over the other?

Could it be an other diabolical attribute of our unfree press that encourages violence by “progressives” -- Antifa, Black Lives Matter, Black Block, etc. -- and then claims that the rare, one-off reaction by conservatives is a worrisome trend?

Or a media that lies repeatedly and has no compunctions about doing so over and over again (Russia collusion, Trump at Charlottesville, etc.) to try and overturn the results of the 2016 election?

Without family, faith, patriotism, and a free press, America simply cannot survive in the form it has over the last two-plus centuries.

It’s time we come together as Americans by politically eradicating the Marxist, anti-American, pro-illegal immigration Democrat Party at the ballot box.

Turn them into the modern version of the Whig Party. Nuke them from orbit at the ballot box. It’s the only way to be sure.

When that picture was taken, the population was 150 million and 90% white.

put the God of Jesus Christ back in schools. teach kids morality. get rid of gun free zones

I am 65 years old.
When I was in Grade School - High School, I could set up a hunting trip with my buddies, after school.
I would get on my bus with a shotgun, and shells. I would have a not6 from my parents that said I could go hunting with my buddies. I would then get to school, put the shot gun, and shells, in my locker. After school, I would get on another bus to my buddies house with the shotgun and shells. We would hunt and my parents would pick me up later. Many times.
Never did it cross my mind that I could shoot up the school.
How things have changed in society.

I was on my High School's rifle team, we and other schools had an indoor range in the basement. We'd travel to their school and they'd visit our range to compete. All the ranges have been removed on account of "lead contamination." Now there is no rifle teams, even though they could shoot outdoors.

Morality, discipline & responsibility have be removed from school. This was entirely on purpose. Look up the "Communist Goals for the Takeover of America". Most have already been accomplished.