ON GUNS AND MURDER: An Open Letter to Democrats Who Insist Politicians "Just Do Something"

Say... you did know that the Dayton shooter was an unhinged leftist who despised Trump, loved Warren, and wanted to install socialism no matter what people thought? 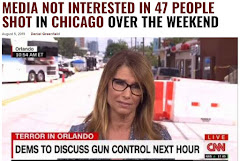 6 of the 9 innocents he killed were Black.

But when it comes to Black deaths, I see tumbleweeds, but nary a Democrat. Wait: I hear crickets chirping!

Thousands can die in America's impoverished inner cities every year -- with illegally acquired guns -- and Democrats are silent.

Perhaps it's because they're the ones running those cities, like Chicago, Baltimore and Destroyt. And decades of Democrat leadership have enabled the worst breed of gangsters by criminalizing gun ownership by law-abiding citizens.

Only when Democrats have an opportunity to gain politically do they even care about criminal activity.

According to John Lott, Jr., PhD, Dean's Visiting Professor at the State University of New York (SUNY) at Binghamton: 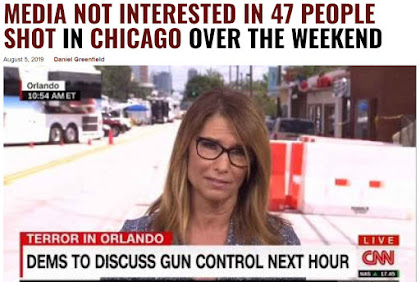 Just days ago, The Los Angeles Times revealed that an MS-13 gang created a beachhead at a Valley high school, but authorities concealed that fact:

Law enforcement and school officials have defended 21 months of secrecy around the murder investigation of a Panorama High School student at the hands of MS-13 — one part of a grisly rampage that has generated national headlines and left at least 10 people dead.

But a wall costs too much! And border enforcement is unnecessary! And ICE should be abolished! And the Border Patrol is racist!

In short, Democrats care more about demonizing tens of millions of innocent American gun-owners than they do protecting you and I. They seek political power. At any and all costs. They continue to march forward with their socialist, totalitarian agenda.

You are like the Jews of 1940 getting packed into the Warsaw Ghetto. Democrats want you to have no means to protect yourselves. Because that's when they get to "educate" you. No free speech is necessary. Guns are for the military. And organized religion has no purpose.

When you are disarmed is when they get to indoctrinate you with the Left's message; the message that their ever-shifting and immoral agenda is both timeless and moral. History tells us otherwise.

I am armed now. 100% illegal armed for you see I sit in a bar. State Law says no one can be armed at a bar for who knows what evil would occur of a drunk and a gun? Yes I am not drunk. And owner of this bar quite knows I am armed. And she is happy. When I leave I go to grocery store Fred Myers and of course totally "illegal" for Freds wants no guns. When I travel around this nation I am quite armed and why? SO I CAN SHOOT BACK IS WHY. And a politician thinks to make more laws to disarm me? And how would they disarm evil? What "laws" will they make to enable that? None is the exact answer therefore I am armed 100% of the time no matter where I go. Totally criminal ya know. Very illegal. I see a "no guns allowed" sign and ignore it exactly like evil people do. So does that make me evil? No, killing innocents makes a person evil and I am utterly ready to stop evil if I am presented with such then I suppose I'll have to have jury decide.

The first ten movies I saw featured men drinking in bars with guns!