President Trump is a throwback to another time in American history. For most of his critics, that fact that makes him “problematic.” He’s “not normal.” Yet, for many, this is but one of the attributes that has made him so appealing for our time. That’s why when news broke last week about Trump’s interest in having the United States purchase Greenland, I was ecstatic.

After all, expansion of a super-state, like the United States, is inevitable and natural. This is also in keeping with the predilections of most of America’s Founders and their belief that the country should expand its frontier as far away from the “core” of the United States (the original 13 states) as possible.

But even more than that, Trump’s desire to take Greenland peacefully for the United States makes strategic sense. Not only is it rich in natural resources, but its position along the Arctic Circle—and its relatively weak posture—make it a tempting target for American rivals, notably China, seeking to gain access to those abundant natural resources of the Arctic.

Of course, China is not an Arctic power. Unlike the United States, Canada, and Russia, China has no natural boundary touching the Arctic. Yet, the Chinese insist they are or should be an Arctic power. And, as I reported at my website more than a year ago, China has made overtures to gain access to Greenland in order to buttress its claims on the abundant resources of the Arctic.

Greenland is the Alaska of Our Time

Acquiring Greenland from Denmark would be akin to our purchase of Alaska from the Russians in 1867. It might not yield any profits at first. But in time, it would be an unquestioned boon to U.S. national security and economic prosperity. 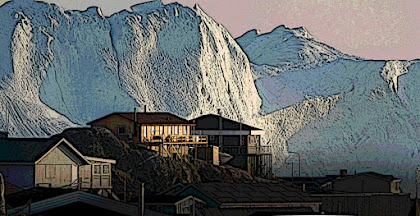 Many Americans questioned the wisdom of purchasing Alaska at the time, too. The men who shepherded the deal—in particular, Secretary of State William Seward—understood the long-term potential of possessing the Alaskan frontier. The press called the $7.2 million purchase “Seward’s Folly,” but nobody today would question the wisdom of the investment.

Chinese strategists want to lay claim to the bountiful natural resources and vital navigable waterways that comprise the Arctic Circle. The United States can’t allow that to happen.

The addition of Alaska increased the size of the United States by a whopping 20 percent. Within a few decades, Americans were mining gold and other precious metals from the Alaskan Klondike. By the 1940s, petroleum became a major component of Alaska’s economy—so much so that, today, petroleum exports are Alaska’s greatest contribution to our country. None of this would have happened if the naysayers had their way.

At the time, the strategic and economic implications of the decision to purchase the vast and distant, and totally disconnected region of Alaska were not fully understood. Less than a century later, the investment had already paid ample dividends. Plus, as the Cold War heated up, the presence of American territory so close to the Russian Far East proved to be a priceless strategic asset.

From the moment Trump descended the Trump Tower escalator in 2015, it was clear the man did not fit the mold of what most Americans expect to see in a president. Gone were the carefully staged campaign stops; the Leave-It-To-Beaver-era mass mailers extolling the moral virtues of the candidate; the turgid stump speeches; and the never-ending postwar American commitment to “free” trade and open borders mania. So, too, was the postmodern vision of “humanitarian warfare.”

Trump is a throwback. At times, he’s been compared to President Andrew Jackson. Rarely is he compared to presidents of the last 70 years. His was a movement that sought to replicate many of the policies of the pre-World War II era (much to the chagrin of the nation’s political and business elite).

In this way, Trump’s yearning for Greenland is yet another extension of this “old school” worldview.

America’s actual and potential enemies today, whether they be the jihadists or Russians or the mercantilist Chinese, do view the world in ways that a 19th-century American leader would understand. To the Chinese leadership, the Earth is home to a scarce amount of natural resources. Theirs is a massive population with a rapidly growing economy. For China to continue its rise (and for the Chinese Communist Party to maintain its iron-grip on political power at home), Beijing must lay claim to as many hubs of natural resources around the world as possible—before their rivals in the United States can cut them off from those necessary resources.

This is why the Chinese have desired to purchase or co-opt as many critical ports around the world and to gain near-monopolies over vital natural resources (such as the rare earth minerals found in Greenland) as possible. What’s more, Chinese strategists want to lay claim to the bountiful natural resources and vital navigable waterways that comprise the Arctic Circle.

China has already made investments into Greenland that it plans on expanding. The United States needs to act boldly to deny the Chinese the geostrategic victory they seek.

Should China’s presence be validated in Greenland, it inevitably would be in a position to compete for access to the Arctic as well as to be the first to reap the rewards of Greenland’s vast rare earth minerals. China has already invested in a rare earth mineral mine there and potentially could threaten the security of a vital U.S. military base—a prospect that the Denmark government raised last year, when a Chinese state-owned enterprise attempted to win a contract developing communications infrastructure on Greenland.

We can’t allow any of this to happen.

Trump’s proposal—far from being insane or laughable—is actually brilliant. Today, there is a new conflict brewing between two global juggernauts, just as there was during the Cold War. This conflict is less of a cold war, though, and more a century-long race between rising China and the United States. The “One-Hundred Year Marathon” between two economic giants seeking geostrategic leverage over each other will be the strategic story of our history going forward. Greenland is a vital component of this world competition.

Trump needs to take his case for ownership of Greenland to the American People vis-a-vis China's evil aspirations. He needs to talk over the ignorant and foolish heads of the TDS-addled critics.

Don is usually right! Best President in over 25 years!

Not to mention that if the Chinese are allowed to develop Greenland, the resulting pollution would affect Europe, Canada and the Eastern United States.
China does have an environmental track record...

Greenland would be a good deal, because it already has its own subway system.