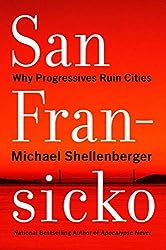 Energy Secretary Erupts in Laughter When Asked if Administration Will Start Increasing U.S. Oil Production: CTH
Take away the gimmicks and Biden's spending bill costs twice as much: Examiner
The House China-Giveaway Infrastructure Bill: 13 Republicans who voted for it: Emily Brooks,

Odds and Ends: Woodsterman
Gasoline For Everybody: American Digest
Time: Make The Most Of It: MOTUS

For those of you who think the table bangers at the FBI actually videotaped the Kenosha riots please understand that this was military footage. They have war gamed the entire Country and know when you go in and when you come out, and they see all the votes and where they come from.
Lest you doubt please remember the man who Stormin' Norman called "the luckiest man".

To Nichole Malliotakis;
You could have demanded NY fix its roads and other problems by not having the Biden administration dump thousands of illegal migrants and thier kids in our city, it costs the tax payers 35K per student in NYC public schools. Maybe questioning why a billion dollars disappeared in a mystery mental health scam by DeBlasio in NYC. Maybe not spending millions of NYC taxpayer money on specialized legal aid to keep illegal aliens from getting deported. Maybe save money by keeping illegal aliens from collecting welfare. Every illegal that comes into the country will cost millions in taxpayers money over their life time. So how about insisting that the Biden administration shut the boarder and use the record amount of tax revenues ALREADY collected this year to benefit Americans, BEFORE asking for more spending that leads to yet more taxes on everyone. Did you even question the fact that illegals will now be compensated with more money than the 13 American soldiers recently killed in Afghanistan? I'm a Staten Islander and constituent and I think you shouldn't bother running for re-election you'll just embarrass yourself. I'll be supporting anybody that runs against you...