In reacting to accusations that President Trump leaked classified information to the Russians in a White House meeting with Russian Foreign Minister Sergei Lazrov, former defense secretary Leon Panetta suggested Trump needed some adults around him to reign him in. As Yahoo News reported:

Former CIA Director and Secretary of Defense Leon Panetta branded President Trump a “loose cannon” Tuesday and slammed the “yes people” surrounding him, saying, “This president needs to have some grownups around him.”…

Panetta praised the White House national security team, but said Trump’s unpredictable nature requires them to “make very clear to the president what he can and cannot do.”

As National Security Adviser H.R. McMaster pointed out Tuesday, nothing President Trump told Lazrov was classifies or endangered sources and methods. Of course, this matters not to those who thinks it wrong to share information with the Russians but okay to share that same information to the Washington Post.

It was the kind of general information and concerns that the Russians tried to share with President Obama about the Tsarnaev brothers before the Boston Marathon bombings. If President Obama had “colluded” with the Russians the way Trump is said to have done, the Boston Marathon bombing would never have happened.  As Investor’s Business Daily editorialized: 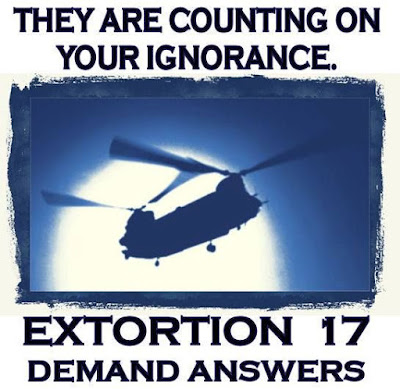 It boggles the mind that we didn't listen to the Russians when they warned about the Tsarnaev brothers in part because, well, they're the Russians. But we want to preserve the records of every housewife in Des Moines because data mining that arguably invades the privacy rights of innocent Americans might reveal something.

One person whose privacy was not invaded by U.S. intelligence was Tamerlan Tsarnaev, as he repeatedly visited the al-Qaida online magazine Inspire for its recipe "Build a Bomb in the Kitchen of Your Mom."

The NSA's blanket surveillance did not detect Tsarnaev's interest in building the pressure cooker bombs he would use to devastating effect at the Boston Marathon. The massive databases that we are building a massive facility in Utah to store also failed to uncover the online communications that Tsarnaev had with a known Muslim extremist in Dagestan.

Collusion with the Russians in this case would have saved American lives, but Obama refused Russian assistance in fighting these terrorists. Is Trump “colluding” with the Russians to save lives from ISIS terrorists a bad thing? Did we forget that the Russians had a plane blown out of the sky over the Sinai by terrorists?

Panetta himself, it would seem, is the one who needs to be surrounded by adults to keep his loose lips in check, having put the lives of those who took out Osama bin Laden at risk. As Breitbart reported:

Panetta should know, because it was his loose talk after the Osama bin Laden raid that exposed a Pakistani doctor, Shakil Afridi, who helped locate the Al Qaeda leader.  As a result, Afridi was imprisoned on fabricated charges and will live under fear of assassination for the rest of his life.

As Breitbart News noted in 2013, a Pakistani report on Dr. Afridi reportedly concluded “Dr. Afridi was implicated by a ‘statement by the U.S. Defense Secretary Leon Panetta, who was the CIA Director when May 2 happened, confirming the role of Dr. Afridi in making the U.S. assassination mission a success.'”

Panetta did not reveal that critical intelligence in a private meeting with a foreign emissary, but to the entire world, on CBS News’ 60 Minutes.

Then there is Joe Biden, whose loose lips got members of Seal Team 6 targeted for revenger and killed in an Afghan mission known as Extortion 17: As Investor’s Business Daily recounted on May 28, 2013:

Extortion 17 was the call sign of a special operations mission in Afghanistan on Aug. 6, 2011, that responded to an Army Ranger unit engaged in a firefight with the Taliban and in need of backup.

The Chinook helicopter carrying the rescue team was shot down by a Taliban-owned rocket-propelled grenade over the Wardak Province on Aug. 6, 2011, killing 38, including 30 Americans and 15 members of Navy SEAL Team 6, the unit that killed Osama bin Laden just three months prior.

The shoot-down was described at the time as a "lucky shot," but the families of the dead SEALs believe that, like Benghazi, it was a pre-planned operation of revenge facilitated by a government that put them in harm's way without adequate support and with a bull's-eye painted on their backs.

At a Pentagon briefing on Monday, May 2, 2011, a senior defense official was asked if it was a Navy SEAL team that found and killed the world's most wanted man. The terse and proper response was: "Not going to comment on units or numbers."

Then on May 3, Vice President Joe Biden got up to speak at a dinner at Washington's Ritz Carlton Hotel marking the 50th anniversary of the Atlantic Council to spill the beans about Adm. James Stavridis and "the incredible, the phenomenal, the just almost unbelievable capacity of his Navy SEALs and what they did last Sunday."

From that moment, the families believe, the Taliban looked for an opportunity for revenge, and a government more concerned with politically correct rules of engagement than victory helped them get it.

Biden  skated on the leak that got SEAL Team 6 targeted for revenge. Those who now condemn Trump for trying to save American and, yes, Russia lives, were silent, especially Leon “loose lips” Panetta. Panetta and Biden, like Hillary Clinton at Benghazi, put lives in jeopardy and got men killed.

Daniel John Sobieski is a free lance writer whose pieces have appeared in Investor’s Business Daily, Human Events, Reason Magazine and the Chicago Sun-Times among other publications. Read more at BadBlue Real-Time News.

If information is the oxygen of democracy, the United States has just been gassed, not by weapons of mass destruction but by a weapon of mass distraction

DEMOCRAT Dennis Kucinich: Deep State Is Trying to Take Down a President - It Needs to Stop