It's inconceivable that the New York Times or any paper would run a glowing piece titled, "When Nazis Inspired Americans". No fond recollections from participants in the Madison Square Garden rally. No fond memories of Bund camps. No sugar-coated recollections of how the Thousand Year Reich would create a better world... only to then learn that Hitler wasn't a very nice man.

But the New York Times will run "When Communism Inspired Americans". It will run it because while Communism didn't inspire Americans, it did inspire the left to try and turn America into a totalitarian state. It still does. This is the dirty little secret that leaks out of the left.

When the media runs these evocative nostalgic pieces about Communism, it's the equivalent of a pedophile sharing snapshots of summer camp. It's the disgusting secret of truly vile people leaking out.

Here's a quote from the second paragraph. "America was fortunate to have had the Communists here. They, more than most, prodded the country into becoming the democracy it always said it was.”

Here's part of the third. "I understood nothing of what they said, but I was always excited by the richness of their rhetoric, the intensity of their arguments, the urgency and longing behind that hot river of words that came pouring ceaselessly from them." 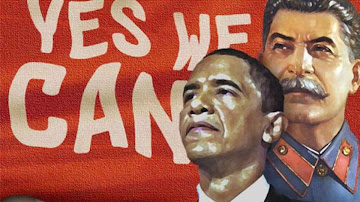 And part of the fourth, " Politics sat down with them, Ideas sat down with them; above all, History sat down with them. They spoke and thought within a context that lifted them out of the nameless, faceless obscurity into which they had been born, and gave them the conviction that they had rights as well as obligations. They were not simply the disinherited of the earth, they were proletarians with a founding myth of their own (the Russian Revolution) and a civilizing worldview (Marxism)"

And the fifth, "the party was possessed of a moral authority that lent shape and substance, through its passion for structure and the eloquence of its rhetoric, to an urgent sense of social injustice."

Nazis don't get a forum to pour out their romantic nostalgia for attending Hitler rallies. Communists do because the left sympathizes with them. It must offers occasional apologies and disavowals, but the love for a horrifying ideology that was totalitarian all the way down, whose mass murder of millions was not an accident of fate, but was always an integral part of it, tells the truth about the left.

The rest is tiresome. The same recitations of "We knew nothing". As if the crimes of Communism had been some sort of mystery until Khrushchev admitted them.

The New York Times op-ed, a congealed mass of romantic nostalgia for a lost magical Communist past, concludes with...

"Hundreds of thousands of Americans were Communists at one time or another during those 40 years. Many of these people endured social isolation, financial and professional ruin, and even imprisonment. They were two generations of Americans whose lives were formed by political history as were no other American lives save those of the original Revolutionists. History is in them — and they are in history."

After all the mass murders and crimes have been admitted, the left always returns to this nostalgia. Yes, maybe Stalin was bad. But his followers were principled. Maybe the USSR was bad, but the American Communists, quite a few of whom were willing to kill and commit treason in its name, were fine people. Just like the Founding Fathers.

History is in them.

This is the left. It returns, like a dog to its vomit, to the dream of the true radicalism of a totalitarian leftist state. It occasionally deals with uncomfortable truths. Circles around them. And then it lapses back into an opium dream of Marxists sitting around a kitchen table and debating whom to shoot first.