Sen. Ted Cruz called out FBI Director James Comey for the director’s decision that Hillary Clinton and Huma Abedin would walk because there was no intent on their part to break the law by their mishandling of classified information.

During Comey’s May 3 appearance before the Senate Judiciary Committee, Cruz said:

“You described the reason why the case was closed against Ms. Abedin as that you could not determine she was aware her conduct was unlawful. … Any first year law student learns in criminal law ignorance of the law is no excuse, and that mens rea does not require knowledge that conduct is unlawful.” 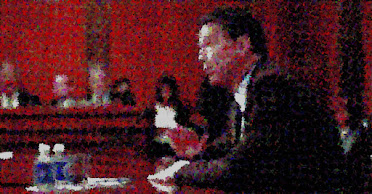 Cruz continued: “The governing statutes – 18 USC 793f and 18 USC 798a – have no requirement of a knowledge of unlawful [intent]…under the terms of that statute, the fact pattern you described in this hearing [of Abedin’s behavior] seems to fit that statute directly. In that, if I understood you correctly, you said Ms. Abedin forwarded hundreds or thousands of classified emails to her husband on a non-government, non-classified computer.”

“How does that conduct not directly violate that statute?” Cruz asked.

Comey attempted to answer by suggesting that company practice “for generations” has been to require intent even if the law doesn’t call for it. “In other words, Comey admits that he arrived at his conclusion not to prosecute Abedin (or Clinton) not on the basis of the law, but his own preference,” The Resurgent said in a May 5 report.

“On its face, anyone dealing with classified information should know that conduct is impermissible. And let me ask you, how would you handle an FBI Agent who forwarded thousands of classified emails to his or her spouse on a non-government computer?”

In a response that could have made front page news, Comey insisted he was “highly confident they wouldn’t be prosecuted.”

Somebody has something on Comey.
Roberts was easy in comparison, I wonder what we're about to find out...

Comey has a long history of intervening on behalf of the Clintons. I doubt the Republicans have the cojones to really pursue this as many of them are as dirty as their Democrat counterparts. No one wants the entire edifice to collapse which it would if it was revealed that they are as corrupt as many of us already suspect. I expect a little dog and pony show with one or two individuals taking the fall and then back to business as usual. If this seems cynical, it's because I've watched as our government and society have ratcheted further and further to the left. Throwing out God and throwing off the restraints of moral behavior and normalizing contemptible, illegal and harmful behavior.