Under the State Sponsored Visa Pilot Program Act of 2017, states (or compacts of states) would apply for an initial pool of 500,000 “W” temporary guestworker visas for whatever skill-level of workers they want, regardless of their potential impact on American workers. Each state (plus D.C.) would receive 5,000 visas, then an additional 245,000 would be distributed proportionately based on the state’s population. If some states chose not to participate, their unused visas would be given to those that do participate the following year, ensuring that all the visas are handed out. Critically, unlike even the most flawed of existing guestworker programs, this new program establishes no uniform rules to offer even nominal protections for American workers. 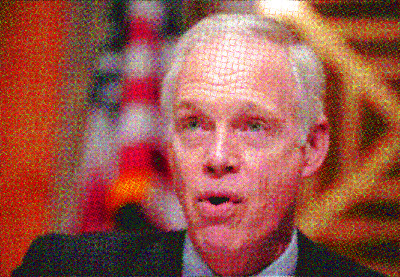 While granting states broad authority to designate their own visa regulations might seem novel, state-based immigration rules were actually part of the failed Articles of Confederation that preceded the Constitution. Written off as a “fault” of the Articles by James Madison in Federalist 42, it had become clear that allowing states to dictate their own rules of naturalization had posed an abundance of legal issues. Madison wrote, “We owe it to mere casualty, that very serious embarrassments on this subject have been hitherto escaped... The new Constitution has accordingly, with great propriety, made provision against them, and all others proceeding from the defect of the Confederation on this head, by authorizing the general government to establish a uniform rule of naturalization throughout the United States.” Though this bill would not grant states the authority to naturalize citizens, it’s easy to see how similar problems could still arise under this state sponsored approach. For example, the Johnson bill would give the Secretary of Homeland Security authority to terminate an alien’s immigration status and revoke employment authorization if the alien violated one of the state’s rules or regulations. However, DHS doesn’t have the resources to enforce current immigration law with uniform regulations. Expecting it to juggle as many as 51 new and distinct sets of rules under this program is ludicrous.

One aspect of this bill that mirrors our current immigration system is that the “cap” isn’t really a cap at all. While the bill would set the upper limit at 500,000 visas per year, that “cap” excludes the spouses and children of the principal aliens, even though they all would receive employment authorization. The “cap” would be adjusted yearly based on the annual percent increase or decrease in GDP with no regard to unemployment rates. Unfortunately, this is only one of the many problems with the bill.

Even though this new W visa is pitched as temporary, the initial period of authorized status would be 3 years. That period would be renewable, apparently indefinitely, since the bill sets no limit on how many times the visa could be renewed. Furthermore, an alien could renew without ever going home. If the visa is infinitely renewable, and the alien never has to go home, is the visa really temporary?

Shockingly, the bill specifically states that the 500,000 numerical limitation would only apply to W visas that were “issued or otherwise provided… during any fiscal year.” Later on, the bill clarifies that, along with the spouses and children exception, the numerical limitation would not apply to “those aliens previously admitted.” If you combine the fact that the cap would only to apply to new admissions with the fact that there is no limit on renewals, that means we could be adding 500,000 new quasi-permanent workers each year, plus their spouses and children.

Fortunately, Senator Johnson would exclude from eligibility felons as well as those convicted of crimes of violence, reckless driving, or driving while intoxicated. Unfortunately, the bill would actually require the Secretary of Homeland Security to waive several specific grounds of inadmissibility and deportability of aliens present in the U.S. prior to 2017 if a state sponsored them and requested the waiver. Included are illegal aliens in general, those who failed to attend their removal proceedings, aliens who committed fraud or willful misrepresentation, student visa abusers, visa overstays, aliens previously ordered removed, and other aliens unlawfully present (including those with previous immigration violations).

If that sounds like amnesty, it’s because it is.

If the Secretary were to deny applications for aliens who failed to meet the lax standards of admission to the W visa program, aliens who should have been in removal proceedings to begin with are supposed to be placed in removal proceedings. Aliens who already had existing exclusion, deportation, removal, or voluntary departure orders against them are to be removed “as if the application had not been made.” If these aliens should be removed, or if a judge has already ordered it, why on earth would we be granting them work permits and waiving their violations?

In order to prove that they were present in the U.S. prior to 2017, illegal aliens would be able to present “conclusive” documents, including Social Security, IRS, or any other Federal, state, or local government agency or education institutional records. Of course, if the aliens could not provide such documents, the bill includes a laundry list of other “reliable” documents aliens could use to prove that they really were here illegally. As an example, a court order of removal based on immigration document fraud that occurred in 2016 would count as conclusive evidence and actually assist the offending alien in receiving a waiver.

If an illegal alien were to present employment records to meet the presence requirement, they would clearly be handing over information to the authorities detailing violations of 8 U.S.C. 1324a, which prohibits the employment of illegal aliens, potentially exposing the employer to civil or criminal penalties. Fortunately for the employer, Senator Johnson has included an amnesty for employers of illegal aliens, as well! Not only does he prohibit the documents provided from being used in civil or criminal prosecution or investigation for illegal alien employment or tax law violations, he declares that those that provide documentation “shall not be subject to [Federal] civil and criminal liability… for employing such unauthorized aliens.”

While the open-borders Cato Institute undoubtedly approves of Senator Johnson’s approach to immigration, this bill clearly cannot be taken seriously, particularly after the election of President Trump by voters who support his immigration-control message. Our focus should be on fixing the myriad of existing guestworker programs which already undercut American workers and their wages. Adding another half of a million foreign workers each year to the mix would dramatically exacerbate an already serious problem. Second, though it should go without saying, it is foolish to propose amnesty while proper enforcement, like mandatory E-Verify, remains a promise unfulfilled.

He was just re-elected. Maybe the Democrat would have been better. I hope Trump would veto if it got to his desk.