The cancellation by ABC of Tim Allen’s hit comedy “Last Man Standing” comes on the heels of CBS’ Stephen Colbert’s obscenity laced rant against Donald Trump and underscores how far the media thought police have gone in their war on conservatives, conservative thought, and even conservative comedy.

Allen’s show, in which he play the manager of a sporting goods chain, features Allen’s biting and genuinely fumnny witticisms poking fun at all things liberal. It’s humor is balanced, with the show featuring a Canadian liberal son-in-law who gets his points across. But it is a rarity among sitcoms, in that any conservative viewpoints are represented at all. In its sixth season, Last Man Standing is doing quite well in the ratings. As the entertainment website Deadline noted: 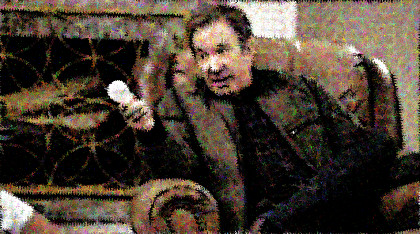 ABC has opted not to renew the longtime Friday 8 PM anchor for Season 7 despite the fact that the blue-collar sitcom was ABC’s second most watched comedy this season with 8.1 million viewers in Live +7, only behind flagship Modern Family (8,7 million). It was the third most watched ABC scripted series overall behind Grey’s Anatomy and Modern Family….

With a central character who is a political conservative and devout Christian adhering to traditional American values, the blue-collar comedy appeals to viewers in the Heartland, a constituency that helped elect Donald Trump as president and has been energized post-election as evidenced by the ratings success of new USA drama Shooter...

In its sixth and final season, Last Man Standing averaged a very respectable for any night and especially Friday, 1.2 Live+same day rating in adults 18-49 and 6.4 million viewers, regularly winning its 8-8:30 PM time slot.

So why the cancellation and why now? One might suggest that as long as Obama was president and Hillary Clinton his likely successor, this island of conservative humor in a sea of liberal vitriol could be tolerated. But now that Trump is President, Trump Derangement Syndrome is in full swing and Tim Allen’s conservative humor cannot be tolerated any more. As John Nolte from the Daily Wire notes, cancellation of Last Man Standing had ideological roots:

Through his character, the politically conservative Allen has poked fun at Hillary Clinton, political correctness, and the Left at large. Worse still, he has created a popular, sympathetic and likable television personality who holds the beliefs and values our entertainment and media elites want to tell us can only belong to Nazis.

Moreover, the ABC television network is owned by Disney, a rabidly left-wing company run by Bob Iger, who, for years, has been a huge supporter of both Bill and Hillary Clinton. In order to protect the Clintons, Iger has gone so far as to eat $40 million. The Path to 9/11 was a popular 2006 miniseries that offered only light criticism of Bill Clinton's handling of Osama bin Laden. Although the original idea was to rerun the program every September 11, Iger has not only refused to rerun it even once (losing all that advertising revenue), he won’t even release it on home video.

That kind of corporate fascism, Iger's willingness to shove a $40 million investment into a ditch, only helps us to make sense of ABC's strangling of a proven golden goose like Last Man Standing.

Allen, one conservative whose star status seemed to inoculate him from being ostracized in a Hollywood that worships success and money as much as anything else, may have predicted his own doom on an appearance on leftist loon Jimmy Kimmel’s late night show. As Fox News Entertainment reported:

Tim Allen says that living in Hollywood right now is akin to Nazi Germany... The comedian made the claim while appearing on "Jimmy Kimmel Live."

"You gotta be real careful around here," Allen noted. "You get beat up if you don't believe what everybody else believes. This is like '30s Germany."

Allen, 63, plays an outspoken conservative on the sitcom "Last Man Standing" and is one of the few actors in Hollywood to profess having right-wing leanings.

That Allen’s character Mike Baxter works for a sporting goods company, Outdoor Man, has a gun collection in the character’s den, and posys on the Outdoor Man blog stirring defense’s of things like the Second Amendment, does not sit well with Hollywood liberals who thought Hillary Clinton would now be completing the fundamental transformation of America, had not those wascally Russians kept Hillary from campaigning in Wisconsin. As Breitbart noted:

A sixth-season episode found Baxter blasting politically correct “microaggressions” and drawing up a speech for his daughter’s graduation: “To quote future Nobel Prize winner Lee Greenwood, ‘I’m proud to be an American.’ Not just because I have the right to speak my mind or carry an awesome gun, but because it’s the land of opportunity. Some whiny babies might not think so, but in America, if you work hard, anyone can be successful.”

Can’t have sentiments such as those expressed on national television these days As at Berkeley and other college campuses, conservative thought, commentary, and even comedy must be silenced. The goosestepping left used to burn books. Now they burn TV scripts.

Related: The People of the Bubbles.

I ditched the cable TV over a decade ago, since I realized I didn't like any of the TV fare that was offered (and I'm not into professional sports.) Saved a bundle of money and haven't regretted that decision at all.

Anyone still paying for cable is paying for all that stuff you don't want to see, and don't want your family watching; all the different stations get a cut of your cable fee. Now here's Tim Allen's show, that IS one that I would like to see; but the people in charge axe that show, since it's not PC enough for them.