The People of the Bubbles

Imagine you are flying over an American suburb in Middle America, say in Ohio, Indiana, Iowa, or Pennsylvania.

You hover over a cul de sac, where kids ride tricycles and Moms share a glass of wine after work and chauffering their charges around to soccer practice.

In fact, you can see that most of the homes are inhabited by two-parent families. If you asked the parents' primary motivation for living in suburbia, most would tell you they've moved for the K-12 education the local school district affords.

These families have also moved for a certain quality of life, mobility and access to grocery stores and malls. Life for many is relatively easy. Certainly there are worries: how to pay for college 10 years hence or how to fund the roofing contractor who says he can fix the worsening leak in the family room.

For good or bad, these families are living in a bubble of our society's creation. Problems in this bubble are those of the First World.

Now imagine you are soaring over an inner city, the south side of Chicago, for example, or downtown Newark, or the east thirties in Indianapolis.

Life is harder in this bubble, where homicide is an everyday occurrence and gangs of both domestic and illegal alien lineage dominate black market commerce. Grocery stores are few and far between; liquor stores, payday loans, and bail bonds are the growth industries. For the depressed neighborhood over which we are poised, single-parent families make up the majority of households. The single-parent route is an easy choice to make for many, incentivized as it is by government child care payments, food stamps, and WIC vouchers.

Inhabitants of the first bubble, those of suburbia, seldom cross over the perimeter of the second.

And the ability of those residing in the second bubble to permeate the membrane into the first is hampered by a lack of family support, a restricted ability to choose schools best suited for a particular student, and a societal fabric rooted in the life style of criminal gangs, drug abuse and violent crime.

With that said, residents of the second bubble can also be said to be extraordinarily wealthy compared to most.

Because if the second bubble can be thought of as an outer concentric ring to the first, it's worth imagining that there is a third bubble outside the second.

The third circle consists of the vast majority of the world's population. Water, basic sanitation, food and shelter are constant concerns. Disease and tribal violence have reduced the lifespan of the average third-bubble resident by a decade or two or three.

The third bubble consists of billions of people, and their plight is largely invisible to residents of the first and second circles.

Our complex legal system, rooted in thousands of years of human experience, manifested itself in two magnificent legal documents that charted the course for the most successful republic in human history.

And yet there is little -- and for many, no -- appreciation by residents of the first and second bubbles for the masterful work of art that our nation's highest law represents.

Demagogues of all political persuasions, men and women lacking in virtue, have placed the priorities of their party, their ethnic group, or their ahistorical social constructs, over country and principle.

Which brings me to the fourth bubble, a circle within the first. Call it the zeroth bubble. 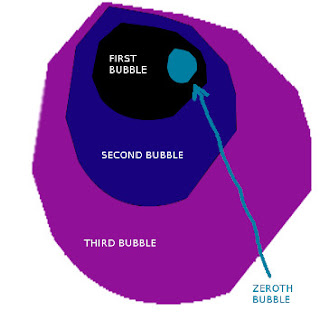 In it are the self-proclaimed elites of government and media. The residents of the zeroth bubble reside in coastal enclaves and surrounded by elaborate systems that protect them from those who live in the first, second and third bubbles.

The residents of the zeroth bubble often secure permanent employment in the form of government sinecure or job-hopping between government, media, academia, lobbying, and public relations.

Their personal security is assured by heavily-armed forces that offer many of them around-the-clock protection.

There is little crossover from the zeroth bubble to the first. And certainly less still between the zeroth and the second.

It's also safe to say that the device has yet to be invented that can measure the empathy that the elites feel for the residents of the third bubble.

Which helps explain why illegal immigration -- from human- and drug-smuggling to MS-13 -- is of no concern to the Chamber of Commerce, or your typical Senator, or Thomas Friedman of The New York Times.

The zeroth bubble people wouldn't ever see the results of the open borders policies they espouse and support, nor can they even countenance them.

In fact, they're sufficiently disconnected from the residents of the first bubble that they missed the entire Trump phenomenon.

The eponymous Z Man has popularized a simple dichotomy of two worlds in which the coast elites ("the cloud people") rule over the largely invisible rabble ("the dirt people") in flyover country. 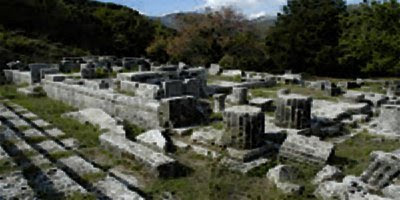 But this view is insufficient, in my opinion.

One way to explain our country's polarization, its angst, and its current squabbles is by imagining a set of four concentric circles, or bubbles.

Residents of each bubble lack a sufficient understanding that the other bubbles exist, and are thereby blinkered, unsympathetic, and -- most of all -- ungrateful.

The zeroth bubble -- that of the elites -- is apoplectic over its increasing and irreversible irrelevance, which explains the daily attacks on the President intertwined with its unflagging support for flatly illegal or extra-constitutional activities when the President is a Democrat.

As each bubble has become less porous and more opaque, empathy and apprecation for our society's blessings are in very short supply.

Recognizing that the four bubbles exist is, perhaps, a step in the right direction.

At this point the only thing left if for them to be removed. On the good side? If Americans have become too lazy to do it themselves, the costs of the efforts of the elites will do that anyway. The difference is the cost. Rather than a short sting, and quick recovery, if Americans just wait for the collapse everything from infrastructure to institutions, all on the brink as is, will simply be gone. Starting from scratch is ugly, dumb, and brutal.

The existence of bubbles is an extremely appropriate analogy and the interchange between bubbles at a level of understanding is lacking. But, the Founders, were extremely aware, self aware and aware of the world around them based on their limited communication technology. The founders built a government on a foundation of morality, morality of right and wrong based on the Christian Judeo tradition, which really is a subset of ethics and morality shared by all mankind. Had that moral compass been followed, we would not be in deep doo doo that we are today and there would not be so many Matrix type lives of illusion and denial.