The 10 Most Bizarre FBI Scandals Under James Comey’s Watch

The FBI interviewed almost every terrorist who successfully struck America

Comey will inevitably be remembered for the controversial role he played in the 2016 presidential election, where his agency conducted surveillance of the Trump campaign as well as investigated the Clinton camp for mishandling classified materials, giving both sides arguments for how the FBI ultimately swayed the vote.

But even before the 2016 campaign, the FBI endured a number of humiliations under Comey's tenure. Most damning were revelations that the FBI was generally aware of almost every terrorist who successfully struck America over the last eight years.

Here are 10 of Comey's biggest embarrassments at the FBI: 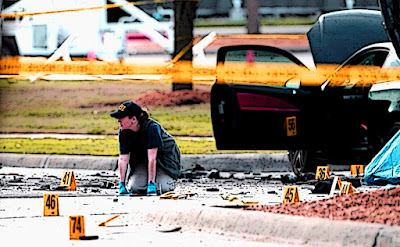 1. Before he bombed the Boston Marathon, the FBI interviewed Tamerlan Tsarnaev but let him go. Russia sent the Obama Administration a second warning, but the FBI opted against investigating him again.

2. Shortly after the NSA scandal exploded in 2013, the FBI was exposed conducting its own data mining on innocent Americans; the agency, Bloomberg reported, retains that material for decades (even if no wrongdoing is found).

3. The FBI had possession of emails sent by Nidal Hasan saying he wanted to kill his fellow soldiers to protect the Taliban -- but didn't intervene, leading many critics to argue the tragedy that resulted in the death of 31 Americans at Fort Hood could have been prevented.

4. During the Obama Administration, the FBI claimed that two private jets were being used primarily for counterterrorism, when in fact they were mostly being used for Eric Holder and Robert Mueller's business and personal travel.

5. When the FBI demanded Apple create a "backdoor" that would allow law enforcement agencies to unlock the cell phones of various suspects, the company refused, sparking a battle between the feds and America's biggest tech company. What makes this incident indicative of Comey's questionable management of the agency is that a) The FBI jumped the gun, as they were indeed ultimately able to crack the San Bernardino terrorist's phone, and b) Almost every other major national security figure sided with Apple (from former CIA Director General Petraeus to former CIA Director James Woolsey to former director of the NSA, General Michael Hayden), warning that such a "crack" would inevitably wind up in the wrong hands.

6. In 2015, the FBI conducted a controversial raid on a Texas political meeting, finger printing, photographing, and seizing phones from attendees (some in the group believe in restoring Texas as an independent constitutional republic).

7. During its investigation into Hillary Clinton's mishandling of classified material, the FBI made an unusual deal in which Clinton aides were both given immunity and allowed to destroy their laptops.

8. The father of the radical Islamist who detonated a backpack bomb in New York City in 2016 alerted the FBI to his son's radicalization. The FBI, however, cleared Ahmad Khan Rahami after a brief interview.

9. The FBI also investigated the terrorist who killed 49 people and wounded 53 more at the Pulse Nightclub in Orlando, Fla. Despite a more than 10-month investigation of Omar Mateen -- during which Mateen admitting lying to agents -- the FBI opted against pressing further and closed its case.

10. CBS recently reported that when two terrorists sought to kill Americans attending the "Draw Muhammad" event in Garland, Texas, the FBI not only had an understanding an attack was coming, but actually had an undercover agent traveling with the Islamists, Elton Simpson and Nadir Soofi. The FBI has refused to comment on why the agent on the scene did not intervene during the attack.

I guess this is why the Democrats are outraged.