Apple News, the tech giant’s foray into the online news space, hired a new editor-in-chief Thursday according to Politico.

The hiring of Lauren Kern, described as “one of New York magazine’s most high-ranking editors and a former deputy editor at The New York Times Magazine,” is raising eyebrows in both Silicon Valley and political circles alike. With the issue of bias in the news media so heated, the hiring of Kern, the editor of a liberal news site, raises questions about Apple’s impartiality when it comes to news.

CNN has a bit more information on Apple News:

Apple News is a mobile news aggregation app which launched in the summer of 2015. The app draws in stories from various news partners and personalizes the front page to fit the user’s interests. Apple News’ partners include CNN, The New York Times, BuzzFeed, and others.

A spokesperson for Apple praised Kern for her work at NY Mag and said she was “so critical” to its success. If true, that means Kern played a hand in the almost entirely left-wing headlines currently atop its political news section: 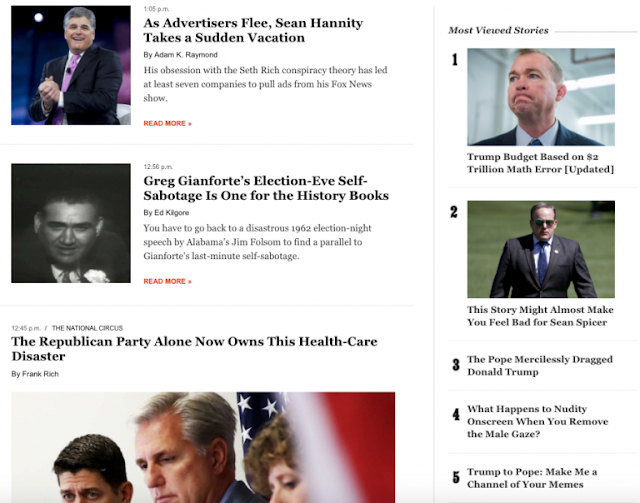 One year ago, former Facebook workers told tech website Gizmodo that they “routinely suppressed news stories of interest to conservative readers” from Facebook’s “trending” section. Similarly, Google was forced to defend its search engine’s liberal bias – something an independent study confirmed in November 2016.

By putting a former NY Mag executive editor at the helm, readers should be wary of the potential for a built-in bias in Apple News’ coverage.