...And Derisive Laughter Was Heard Throughout the 57 States

Remember the era when hopenchange was shiny and new, like a virgin?

In this election, we cannot afford the same political games and tactics that are being used to pit us against one another, to make us afraid of one another. 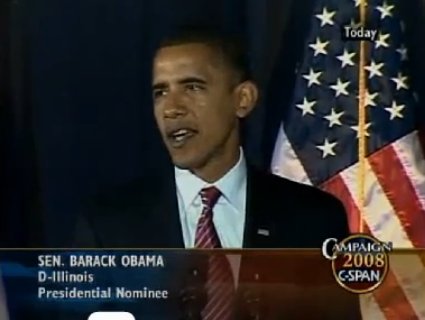 The stakes are too high to divide us by class and region and background; by who we are or what we believe.

Perhaps that explains the bold new rhetoric of our beloved Organizer-in-Chief:

• October 25, 2010: "If Latinos sit out the election instead of saying, ‘We’re gonna punish our enemies and we’re gonna reward our friends who stand with us on issues that are important to us...'"

• March 12, 2011: "In December, I agreed to extend the tax cuts for the wealthiest Americans because it was the only way I could prevent a tax hike on middle-class Americans. But we cannot afford $1 trillion worth of tax cuts for every millionaire and billionaire in our society. And I refuse to renew them again."

• April 13, 2011: "[The GOP] vision... says up to 50 million Americans have to lose their health insurance in order for us to reduce the deficit. Who are these 50 million Americans? Many are somebody’s grandparents — may be one of yours — who wouldn’t be able to afford nursing home care without Medicaid. Many are poor children. Some are middle-class families who have children with autism or Down’s syndrome. Some of these kids with disabilities are — the disabilities are so severe that they require 24-hour care. These are the Americans we’d be telling to fend for themselves."

• July 1, 2011: "You go talk to your constituents and ask them, ‘Are you willing to compromise your kids' safety so some corporate-jet owner can get a tax break?"

• October 18, 2011: "I believe America should be... a place where every child, no matter what they look like, where they come from, should have a chance to succeed... none of this matters to Republicans..."

Pop quiz, worth a cool 50 points: who is the most divisive President in American history?