"Savor their sweet tears of despair"

The Web thingies are buzzing with news that a 3D printer — sort of a first-generation Star Trek replicator — was used to make a gun that actually goes bang when you pull the trigger. Aside from the sheer cool factor, the development makes it clear that a wide range of bans, restrictions and prohibitions are becoming increasingly unenforcable. 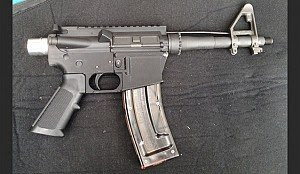 An American gunsmith has become the first person to construct and shoot a pistol partly made out of plastic, 3D-printed parts. The creator, user HaveBlue from the AR-15 forum, has reportedly fired 200 rounds with his part-plastic pistol without any sign of wear and tear.

HaveBlue’s custom creation is a .22-caliber pistol, formed from a 3D-printed AR-15 (M16) lower receiver, and a normal, commercial upper. In other words, the main body of the gun is plastic, while the chamber — where the bullets are actually struck — is solid metal.

The lower receiver was created using a fairly old school Stratasys 3D printer, using a normal plastic resin. HaveBlue estimates that it cost around $30 of resin to create the lower receiver, but “Makerbots and the other low cost printers exploding onto the market would bring the cost down to perhaps $10.” Commercial, off-the-shelf assault rifle lower receivers are a lot more expensive. ...

...HaveBlue's schematic, which he used on what's considered a relatively low-tech StrataSys 3D printer in these fast-moving times, are available at Thingiverse. 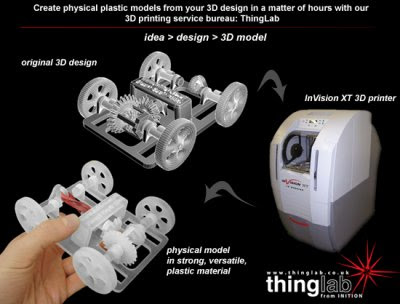 Scientists at the University of Glasgow have used a relatively low-cost system to synthesize chemical compounds, with the intention of developing the means to create custom drugs. That may well mean the end of the orphan drug problem around the word, and very real price drops on pharmaceuticals... From the BBC:

Researchers have used a £1,250 system to create a range of organic compounds and inorganic clusters - some of which are used to create cancer treatments... Longer term, the scientists say the process could be used to make customised medicines.

They predict the technique will be used by pharmaceutical firms within five years, and by the public within 20...

[The process] also holds out potential for evading yet another class of legal prohibitions on recreational drugs.

Think of it — a world of plenty, with easy localized manufacture of almost anything you might need. It's a world in which "that should be illegal" becomes a punch line.

The next time your control freak friends start in on their latest litany of should-be-banneds, tell them that their arguments are now irrelevant. Tell them why. And savor their sweet tears of despair.

To paraphrase Nicholas Negroponte, we are seeing the convergence of the "atom business" (physical intellectual property) with the "bit business" (virtual I.P.).

And virtual I.P. is exceedingly difficult to protect, as the RIAA found out.

Good article except for one minor little detail. The AR-15/M-16 part, they are indeed similar in looks but the function is Semi-Automatic vs Full Automatic.. One is an 'assault' rifle the other isn't.

Dean Ing was not a sci-fi writer, he was a secret time traveler :)