Boortz speaks truth to power: "Obama is a fascist"

It would seem that Neal Boortz is a tad peeved at the president's unconscionable statements about free enterprise.

...after a week of batting around successful business owners, Caesar Obammus went to Roanoke, Virginia to deliver a speech. In this speech Obama finally spoke the words that left no doubt --- no doubt at all – not one infinitesimal grain of doubt – that he is an anti-free enterprise, controlled economy, big-government economic fascist and a grave threat to our style and standard of living in the United States.

Yes … I called Obama a fascist. Unlike occutards and assorted proggies, I can back up my words with fact. 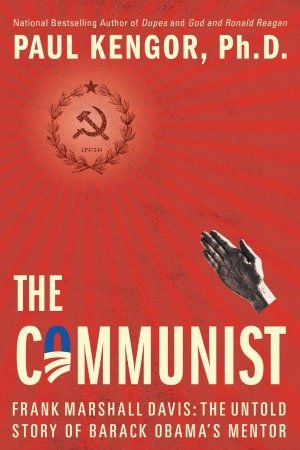 A brief review of the three general ways to formulate an economy:

• Free Enterprise: Private ownership and control of the means of production with only necessary and limited government involvement.

• Socialism: Government ownership and full control of the means of production.

Hmmmmmm. That doesn’t cover everything, does it? What if the control of businesses are still in private hands, but the government is pretty much running the show with excessive rules and regulations. For instance, what if banks and financial institutions invest literally billions of dollars into the development and deployment of a bank debit card system by which consumers can pay for purchases simply by swiping a plastic card through a reader and entering a secret personal identification number --- and the government comes along and tells the banks just how much they will be allowed to charge merchants to use this system. Private ownership – government control. What do you call that?

Fascism … that’s what you call that. Economic fascism. And fascism is the Barack Obama game.

Now in his Roanoke speech not only did Dear Ruler show his complete disdain and outright animosity toward free enterprise. He has truly hated capitalism his entire life. He learned if from his mother and father, and from the people he chose to associate with throughout his life – people like Frank Marshall Davis, Bill Ayers, Jeremiah Wright, and many more.

I read the speech --- all 13 nauseating pages of it --- and my heart sank with every paragraph. Here is a man who, thanks to the government-educated dumb masses in this country, may very well be reelected for another four years who is completely clueless as to how our economy works. Not only does he consider the free market to be – in his own words – the “enemy;” but it is a system he simply does not understand at ANY level. There are thousands of high school Junior Achievement members across this country who know more about free enterprise than Dear Ruler...

...Obama sees every successful and wealthy businessman as someone living off of the spoils of an exploitive system that has victimized those at the lower end of the income scale --- and he sees it as his job to make things right by taking money from the evil rich – who, after all, don’t need it – and giving it to the poor. Pure absolute Marxism.

I've asked it over and over again of you Leftists and no one can answer this question: when did it become acceptable for the Democrat Party to embrace and integrate Marxists, Fascists and Communists into its party?

Because, back during the Cold War, it was called treason. For that is what it is.


Related: The Wiktionary Definition of Fascism (2009).

"Ask not what your TEA Party can do for you..."
~ DeepWheat