Is it just me, or is the Chicago Tribune racially profiling?

Spotted at The Chicago Tribune, which reminds us "Arrest and booking photos are provided by law enforcement officials. Arrest does not imply guilt, and criminal charges are merely accusations. A defendant is presumed innocent unless proven guilty and convicted." 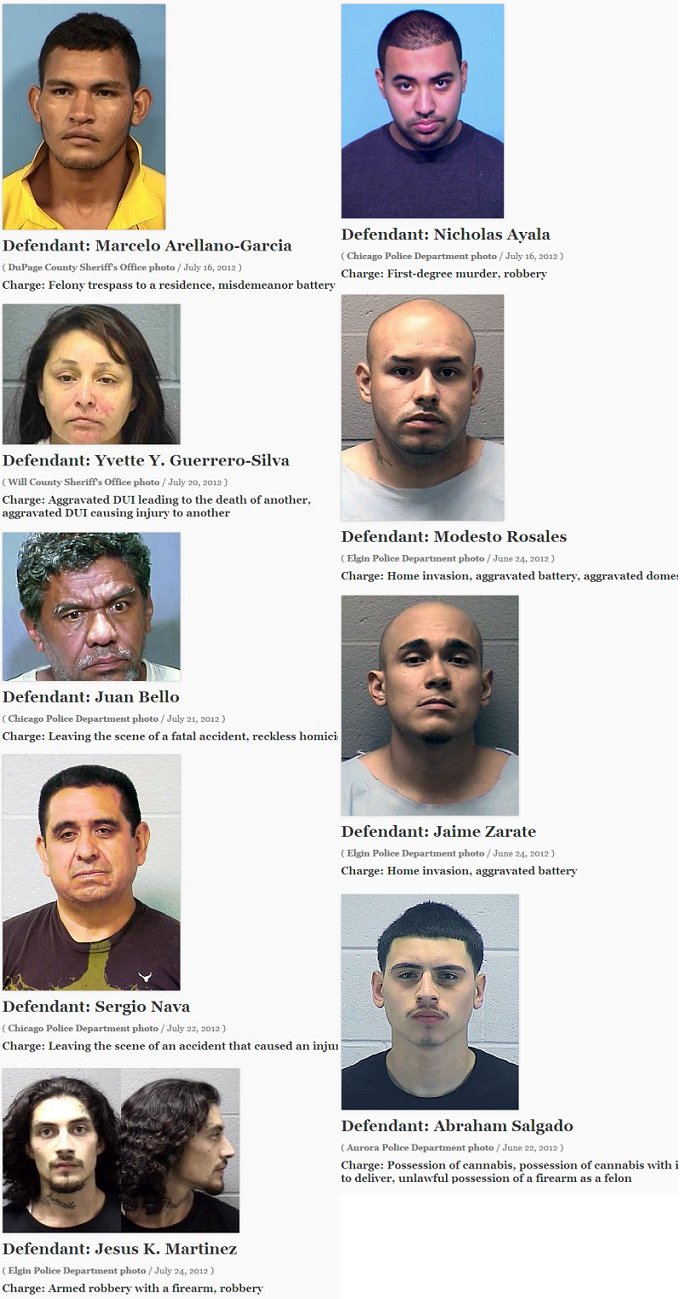 Now, I have no idea whether these fine, upstanding folks are legal citizens or illegal aliens. Let's say, for the sake of argument, only one entered the country illegally and then injured or killed someone.

According to Eric Holder, sealing the border and protecting the citizens of the United States is somehow evil. As usual, he has it completely backwards.

at 11:28 AM
Email ThisBlogThis!Share to TwitterShare to FacebookShare to Pinterest
Labels: Crime, Democrats, Holder, Immigration, Obama