Why? Obviously, because of Trump. Liberty Unyielding’s J.E. Dyer runs a story with the headline "BloombergBusinessweek floats absurd fiscal threat against Trump from California".

It’s based on California Democrats throwing a hissy fit and threatening political war against the Trump administration or something. It’s worth the full read, but, here’s a good part which caught my attention: 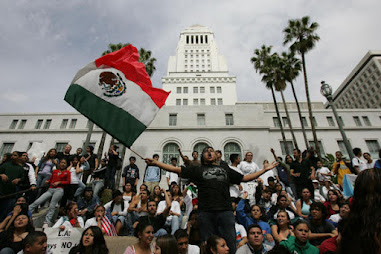 But there is one more point to be made.  If it makes you thoughtful that there exists this robust fiscal, legal, and political relationship between a very powerful federal government and the individual citizen or company — a relationship the states can be effectively held hostage by — it should.  Maybe, if the states don’t like what’s being accomplished through federal-level politics, they should have more to say about it.

That’s exactly what our Founders envisioned, in fact.

But that’s not what the progressive Democrats have wanted for at least 100 years. Every policy they have pushed — right up to and including their push to get rid of the Electoral College in this presidential cycle — has been designed to strengthen the central government, undercut the states, and leave them exactly where California is today.  I.e., hoist on the Democrats’ petard.

Exactly. Now they seem to be interested in States Rights, especially that pesky 10th Amendment. Now that they are no longer in charge of either the Legislative or Executive branches, and are looking at one to three Supreme Court nominations for Trump.

Perhaps I can interest California in repealing the 17th Amendment?