Green Party presidential candidate Jill Stein insists her recount campaigns in Wisconsin, Michigan and Pennsylvania are all about voter integrity, not politics.

That’s a hard sell for many conservatives, who see the effort at best as a political stunt and fear the reason behind it could be much more nefarious.

There is growing concern that the unprecedented Wisconsin recount could cost the Badger State its 10 electoral votes.

State Rep. Dave Craig asserts that may have been by design.

“That could have been one of the ideas behind (the recount),” said the Town of Vernon Republican. “It would be appalling and tyrannical if that is what is meant to occur by having this process unfold like that. To simply negate electoral votes of this election, I simply cannot come up with a word more fitting than treacherous.”

Federal law demands the recount be completed within 35 days of the presidential election. It would have to be completed by Dec. 13 to meet that requirement. Failing to do so could be costly.

“You may potentially have the state electoral votes at stake if it doesn’t get done by then,” Michael Haas, administrator of the Wisconsin Elections Commission told the Milwaukee Journal Sentinel.

And Stein wants the recount done by hand, a prospect that would take even longer, Haas told the newspaper. On Monday, the Elections Commission rejected Stein’s request for a hand-count. She quickly threatened a lawsuit. Stein’s complaint would be filed in Dane County, among the most liberal counties in the country. 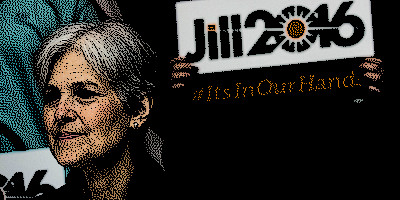 Hillary Clinton’s campaign over the weekend confirmed it would take part in recount initiatives despite the fact that the campaign’s counsel, Marc Elias, said an internal investigation has found no evidence of hacking of voting systems – a claim Stein and fellow liberals are pushing. Wisconsin election officials have said they haven’t heard of any such irregularities within the vote count.

In a post on the recount effort, Elias acknowledged that the Clinton campaign “had not uncovered any actionable evidence of hacking or outside attempts to alter the voting technology” so the campaign “had not planned to exercise this option ourselves.”

“Now that a recount has been initiated in Wisconsin, we intend to participate in order to ensure the process proceeds in a manner that is fair to all sides,” he said.

State Sen. Tom Tiffany said there’s nothing fair about what he believes is an “extreme left” campaign to overturn the choice of Wisconsin’s electorate.

“This shows you how extreme the green environmental groups are. You can see what Jill Stein and her crowd are doing now. They’re doing everything they can to gum up the election works,” the Hazelhurst Republican said.

Tiffany compared the left’s recount campaign to state Supreme Court Justice Shirley Abrahamson’s challenges to a state referendum that ultimately forced her out of her long-held chief justice seat.

“She simply would not accept the results, so she went to court, and she lost,” Tiffany said. “What Stein and the green movement are doing is analogous to Shirley Abrahamson’s inability to accept the results of the people.”

Trump has called the recount campaign in the three narrowly contested battleground states “ridiculous” and a “scam.” Republicans particularly took aim at Clinton’s involvement, coming weeks after she conceded the election.

“Although Stein’s push for a recount is ridiculous and a complete waste of time, the Clinton campaign is looking to capitalize on this final, desperate attempt to overturn the election results,” Wisconsin GOP spokesman Pat Garrett said Monday in a statement. “We will fully participate in this process to uphold the integrity of the vote and ensure our democratic process is not further abused by the Left.”

Democratic Party also-ran Bernie Sanders defended the recount effort, although he conceded that he doesn’t expect it will change the election results. The Obama administration in a statement to the New York Times said that the election was free from interference – from inside or outside the United States.

Conservative critics charge that the real interference is coming from within, from liberals who don’t know when to say when.

Tiffany said he feels sorry for the local election clerks who will be made to work overtime and weekends again on another left-led effort to overturn an election. He pointed to Wisconsin’s partisan recall elections of 2011-12, the failed and expensive attempt to oust Republican Gov. Scott Walker, and the left’s unsuccessful recount of the bitter 2011 Supreme Court election.

“These clerks are really frustrated. They have already had enough to do. Now, Jill Stein and the Hillary Clinton gang are doing this,” the senator said. “To a certain extent this is exactly why people voted for Donald Trump.”

The presidential election recount is not expected to cost taxpayers any money. The Stein and/or De La Fuente campaigns will have to lay out the cash to pay for it. No problem there. The Stein campaign claims it exceeded its fundraising goal to cover the estimated $1.1 million Wisconsin filing fee within the first 48 hours.

Craig said he will be watching to make sure “every nickel and dime of every cost – from overtime pay to donuts for volunteers — is all paid for by the campaign and not a single penny comes from taxpayers.”

On Friday, the Wisconsin Election Commission said a few clerks had provided estimated costs. The commission urged a more precise projection based on how the clerks plan to conduct the recount, and instructed them to take into account labor costs, the expedited time frame), voting equipment programming, supplies and materials, and “any other factors that may impact the costs associated with conducting a recount.”

The Stein and/or De La Fuente campaigns must submit payment by close of business Tuesday. Only when payment is received will the commission issue a recount order to all presidential candidates.

The agency has scheduled a Wednesday morning teleconference for all county clerks and canvass members to go over recount rules and processes. The recount is officially slated to begin Thursday.

Craig said it is critical that citizens and the political parties involved be “vigilant watchdogs” of the people charged with conducting the recount. He noted the former Government Accountability Board, replaced this year by the Elections Commission, and the so-called good government group’s role in the politically driven John Doe investigation. Many of the same players in that unconstitutional investigation remain at the Elections Commission.

“We all know what happened with the John Doe,” said Craig, who, with Tiffany, wrote the legislation reforming Wisconsin’s John Doe law.

They want to play for keeps?
Trump must play for keeps.
Hillary for Life in Prison, this new strategy must be aborted.
And is there not a dead or alive bounty on Soros by Russia?

I don't think Wisconsin would let it impinge on the Electoral College. Otherwise, it's a good thing. It makes them all look bad while Stein is siphoning off money and voters from the Democrats, further dividing them. Win/win/win.