LENINISM: The Highest Stage of Progressivism

Everyone knows the universities are on the political Left. Political science is part of that problem, though it isn’t nearly as corrupt as some other disciplines. While many professors hold their partisan biases close, those inclinations all too often appear in curricula and scholarship and inevitably reach the classroom.

A contrary example both of the theory and practice of politics, because its focus is on advancing the principles of the Declaration of Independence, are the panels and scholarship sponsored by the Claremont Institute—recently honored at the White House with the National Humanities Medal.

So Claremont has its work cut out for it. How far will the Left take political science? We all know as well, when the political Left wants legitimacy, it does not turn to the people but to academics, as it has in the impeachment inquiry. Factions within the political science profession, bored by the dominant behaviorist and quantitative approaches to the discipline, have agitated for more connection between scholarship and its policy implications.

One example is the journal Perspectives on Politics, launched in 2003 as a publication of the American Political Science Association, the professional association of political science founded in 1903 in the midst of the Progressive era. The journal’s distinctiveness lies in its avowed “attention only on work that in some way bridges subfield and methodological divides, and tries to address a broad readership of political scientists about matters of consequence.” What this amorphous language actually means is plain: In these pages, the Left is free to indulge its pleasures and fantasies. 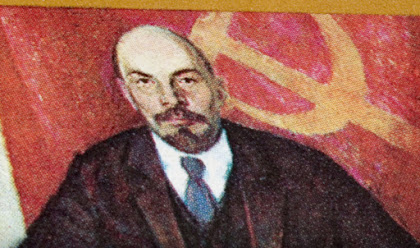 As the talk of socialism becomes more widespread on the Left, particularly within Democratic party politics, and as anger at President Trump boils over, the advocacy of political scientists will become even clearer: first, Progressivism, then socialism, and ultimately, Leninism.

Recently the brilliant scholar of Russian literature, Gary Saul Morson, once again illuminated the extremism of our intellectual class in his essay, “Leninthink.” Morson reminds us that “Lenin did more than anyone else to shape the last hundred years.” That includes the intelligentsia and activists on the American Left, too: power must never be restrained by law or reason. This is why George Orwell, who knew this type well, declared, “One has to belong to the intelligentsia to believe things like that . . . .”

If this doesn’t sound like all on the Left today, don’t forget, as Morson observes, “The whole point of Leninism is that only a few people must understand what is going on.”

All of this serves as a preface to considering the cover (with minimal reference to the contents) of the latest issue of Perspectives on Politics (PoP), which bears the portrait of Vladimir Ilych Lenin. Well, sort of. I had taken the artwork to be Jackson Pollock’s “Autumn Rhythm” or some variant of it and therefore appropriate for the December issue. Only in a short note is the painting identified as “Retrato de V.I Lenin en el Estilo de Jackson Pollock VII-1980 (Portrait of V.I. Lenin in the Style of Jackson Pollock VII).” Lenin lurks in the leaves.

The issue does not focus on Lenin per se, or Russia or totalitarianism. So the cover must somehow illuminate its theme: “Perspectival Political Theory.” The artwork and contents are related in a couple of ways: The author or artist, “Art & Language,” is a collaborative project, as is the Perspectives’ perspective on political science’s mission. The Spanish museum where the original painting hangs recalls the Spanish Civil War’s struggle between Communism and fascism. As for the artwork itself, I can only speculate, as “Saturday Night Live’s” Fr. Guido Sarducci did on his search for popes in a pizza.

Is this the sheen off Vladimir Ilych’s dome? Are those the corpses of Tsar Alexandria and his family? Stalin’s mustache? Do we experience the soiling of pants fright at a machine gun aimed at us? Or is the “portrait” a kind of chaos that is brought to order by the steely will of its subject?

For all this speculation, we need not speculate at all about the contents of the journal, which emphasizes the “pluralism” of political theory approaches. “[O]ur philosophical view is close to Nietzsche’s,” the editors claim. They cite his On the Genealogy of Morals: “There is only a perspective seeing, only a perspective ‘knowing’ . . . .” (Emphasis in original.)

Articles on “perspectival political theory” include “Reparations for Police Killings” and “Peace as a Minor, Grounded Utopia.” Good to know that open-minded professor Nietzsche, beloved of the Nazis, was open to pacifism or Weimar. But then I didn’t think that Lenin was either. Evidently Leninists are now welcome among their perspectives but still not Straussians.

The editors of PoP see no irony in their dogmatic relativism.

Thus, two recent issues of PoP devoted to the “Causes and Consequences” of Trump are predictable views of deplorable political science. (One exception is this article, “Building a Conservative State: Partisan Polarization and the Redeployment of Administrative Power,” whose co-authors include Sidney Milkis and Desmond King. They argue that Trump is building a conservative version of the administrative state, not deconstructing it. One problem is that they overlook the consequences of Trump’s judicial appointments. No portrait of Trump appears on the cover of either issue—only a photo of the Trump Hotel in Washington, D.C., and a festooned campaign hat of a Trump supporter—albeit with no MAGA or America First in sight. It makes more sense to turn to John Marini or Michael Anton, both reflecting the political science of the Claremont Institute.

But I digress from the object of contemplation, this portrait of Lenin “in the style of Jackson Pollock.” And here may lie another lesson, brought out by Louis Menand’s reminder of the role of Pollock in the CIA’s attempt to bolster western intellectuals against the Communists.

As elites chose sides in the Cold War, the CIA eagerly put on tour artists and intellectuals of a leftist bent to show intellectuals abroad that America was open to people of their tribe. Menand explains how someone might rationalize this collaboration: “Abstract Expressionism stood for autonomy: the autonomy of art, freed from its obligation to represent the world, or the freedom of the individual—just the principles that the United States was defending in the worldwide struggle.” Menand recounts a more sensible way to reflect on art:

Thomas Hart Benton, the leader of what was known as “American Scene painting,” and a populist who hoped to make American painting as prestigious as Europe’s. Benton left New York in 1935 and returned to Missouri. He thought that the East Coast art establishment had been taken over by Communists. “Communism is a joke everywhere in the United States except New York,” he said. This was not the sort of artist the cultural Cold Warriors went out of their way to promote. His Americanism was much too pure.

Not on account of any “Americanism,” I doubt that the CIA is currently subsidizing the American Political Science Association, as it did Jackson Pollock. Why would it need to? After all, the logic of the administrative state commends collusion against enemies of the Left, as we see with the current events in Congress.