LOVELY: Democrats Demand Higher Taxes for the Poorest Americans to Pay for Their Socialist Schemes

By The Masked Avenger 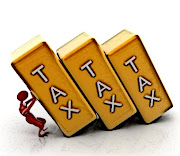 Democrats running for president couldn’t be more clear: they want to raise taxes on low- and middle-income Americans. And they’re proud of it!

Not to balance the debt mind you, but to fund their increasingly unhinged policies for "giving" free health care, college tuition, housing and food to everyone in America, with illegal immigrants at the front of the line. Using their logic, they can enslave doctors, nurses, professors, construction workers and farmers to deliver goods and services whether they want to or not.


But Trump is racis... white nationalis... whatever we need to say to get him out of office!

Dimwits are brain dead. The higher the tax rate, the less income it brings in. the lower the tax rate the more money it brings. That is the reason President Trump cut taxes; to generate more revenue.