“What about FISA reform?” I asked.

Representative Roger Marshall (R-Kan.) smiled in response to my question. He had just opened the Kansas town hall for questions. I detected an eye roll as he composed his answer. “I don’t think Speaker Pelosi would go along with that,” he replied. It was maddening to hear this member of Congress seem to be representing Washington, D.C. to Kansas instead of the reverse.

Marshall and his wife gushed about the bipartisan parties in D.C., the charity events, the warm relations among the congressional spouses from both parties, and their fervent hope that Kansans would keep returning the Marshalls to the gilded D.C. lifestyle to which they had become accustomed.

FISA reform? Don’t be obtuse. Nancy wouldn’t like that.

Soon, Congress will have the opportunity to reauthorize the controversial Foreign Intelligence Surveillance Act (FISA). As noted by Robert Chesney of Lawfare, “A sunset is looming for three provisions of the Foreign Intelligence Surveillance Act . . . 1. The ‘business records’ provision . . . ; 2. The ‘roving wiretaps’ provision . . . , and 3. The ‘lone wolf’ amendment to the FISA definition of ‘agent of a foreign power’. . . .”

We are assured by our Department of Justice that:

The Department of Justice has acted thoughtfully, carefully, and within the framework of the Constitution of the United States. Survival and success in this long war on terrorism demand that the Department continuously adapt and improve its capabilities to protect Americans from a fanatical, ruthless enemy, even as terrorists adapt their tactics to attack us.

Of course, that’s a lie. The Justice Department brazenly disregards the Constitution when it comes to spying. 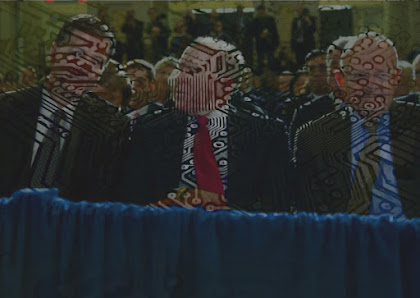 Does FISA help prevent terrorism? As I noted here, the government obtained more than 1,000 warrants in a one-year timeframe to spy on Americans. That’s a lot of spying on a lot of Americans. The Justice Department’s lying to obtain these warrants has become so brazen that the court now questions whether it can trust any of the affidavits the FBI submits to justify its domestic surveillance. The fact that none of these lies are ever criminally punished further reinforces a cycle of dishonesty within the process.

But does spying on Americans make us safer? According to a former FBI agent who ran the bureau’s warrantless spying program, retired Special Agent Bassem Youssef, an internal Justice Department audit showed, “that while the program had generated two moderate leads for counterterrorism cases, it had not helped thwart dozens of terrorism attacks as officials had claimed, despite costing tens of millions of dollars per year.”

We do know, however, that the Justice Department used spying on Carter Page, George Papadopoulos, Michael Flynn, and Paul Manafort as a political weapon, first to interfere with the 2016 election and then to undermine the peaceful transfer of power. We learned from the recent Real Clear Investigations piece that the FBI actually passed information from its investigation back to candidate Hillary Clinton’s subcontractor, Christopher Steele. This contrasts with the Nixon-era intelligence agencies, which refused to spy for political purposes.

The Justice Department is becoming increasingly bold about using its powers to help its political allies and harm its opponents. House Intelligence Committee Chairman Adam Schiff (D-Calif.), the man charged with oversight of the powerful surveillance powers within the government, has joined forces with the powers he’s supposed to be checking. Schiff wants to pass legislation that would reduce the accountability of the Justice Department to the democratic process.

Attorney General Bill Barr recently asked Congress to reauthorize FISA without any reform. This while he has yet to hold accountable anyone for multiple and massive FISA abuse scandals that have come to light in the past four years. We’re told we can trust our intelligence bureaucrats because there are consequences for abuse of the surveillance tools. But when there are no consequences, we’re asked to trust them anyway.

Excessive government spying on its citizens allows governments to oppress and harass their opponents. When the government is free to surveil its citizens without consequences, the abuses of power become irresistible and individual rights aren’t worth the paper they are written on—just ask the Chinese who, remember, also have a written guarantee of free speech in their constitution.

When East Germany fell, the secret police left behind extensive files on its own population. As Der Spiegel reported, the files were so voluminous, they occupied “over 100 kilometers of shelf space (not including the 16,000 sacks of shredded documents.)” What a bunch of amateurs. In 2017 alone, our own government “vacuumed up more than 534 million records of phone calls and text messages from American telecommunications providers like AT&T and Verizon.”

Congress is the only thing standing in the way of more FISA abuse including the Justice Department’s continued meddling in domestic American politics. Congressmen like Marshall, who think FISA reform isn’t important to protect our system of self-government, haven’t been paying attention. His indifference is inviting another Russia collusion hoax or Ukraine farce, both of which were plots hatched from within the intelligence agencies charged with protecting (not subverting) the Constitution.

Republicans and Democrats should join together to curtail the unchecked and unpunished abuse perpetrated by our own government. While I certainly don’t begrudge members of Congress an active social life in Washington, D.C., voters rightfully should look to their elected leaders to reform the Foreign Intelligence Surveillance Act and prevent our intelligence community from further subverting our political process.

Our representatives in both the House and the Senate should be required to spend nine months at their home states in their home offices, not in Wash D.C. and not traipsing all over the world on junkets.

Trump needs to speed up moving various departments out of D.C. and spread them across the US. if Federal employees do not want to move, tough totems. They can find jobs outside of government. Too many are dead weight.

Here's a letter that I forwarded to my Representatives in the House and Senate and posted on several blogs a week ago because I feel so strongly about FISA reauthorization.

The purpose of this letter is to formally request that you vote against reauthorizing the Foreign Intelligence Surveillance Act (FISA) which expires on March 15, 2020.

The FBI and DOJ have seriously abused FISA Warrants to illegally spy on President Trump when he was a candidate and long after he was sworn in as our President. Inspector General Horowitz's investigation report listed 17 instances wherein the FBI violated the FISA policies and the President's civil rights. If the FBI and DOJ can do this to someone as powerful as our President, they obviously would not hesitate to abuse the civil rights of everyday Americans. They simply cannot be trusted with the responsibility associated with the original intent of the FISA or the Patriot Act.

Under the Obama Administration, senior officials Susan Rice and Samantha Powers are believed to have unmasked hundreds of Americans and circulated their information to various intelligence agencies. Although both deny this, the National Security Agency’s records tell another story.

I'm sure the Deep State Intelligence leaders are telling you the FISA reauthorization is a critical tool in effectively carrying out their jobs. But, all you have to do is look at how they abused it with the counterintelligence investigation of Carter Page so they could spy on candidate Trump and then President Trump. If the Intelligence Community cannot be trusted in regards to spying on our President, they cannot be trusted with spying on any American.

Lastly, to allow the Deep State members who participated in spying on either Trump or regular Americans not be charged and imprisoned for their criminal actions will only ensure that these violations continue and even expand in the future.

Please vote NO -- DO NOT REAUTHORIZE FISA