OOPS: Looks like Robert Mueller has a major conflict-of-interest issue as special counsel

...until last week, Mueller was a partner at Wilmer Cutler Pickering Hale and Dorr—where his colleague in the firm’s Washington, D.C. office, a fellow member of both the strategic response and regulatory and government affairs groups, was Jamie Gorelick. 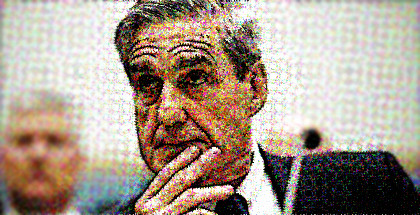 That wasn’t such a big deal when Kushner was just President Trump’s son-in-law seeking assistance with conflict-of-interest issues and financial disclosures. Mueller didn’t personally represent him.
But now, rumors are swirling that Kushner is the “significant person of interest” alluded to in a Washington Post report on Friday, “someone close to the president” under investigation for working with the Russians.

If this is true—and I don’t know if it is; the best source appears to be New York magazine contributor Yashar Ali, who claims to have confirmed it with four people—it could present a substantial ethics conflict for Mueller.

Yep, you read that right. Jared Kushner's lawyer is none other than -- you know her, you love her, she's the one-and-only Mistress of Disaster -- Jamie Gorelick!

Let's put aside that hilarious nugget and note that DOJ ethics rules explicitly state that "...an employee may not participate in a particular matter involving… An organization in which the employee serves or has served in the past year as an employee, attorney or active participant.”

That would appear to apply to Mueller and all Wilmer lawyers.

That's not even close to the half of it!
https://www.google.com/amp/www.ocregister.com/2017/05/21/comey-mueller-bungled-big-anthrax-case-together/amp/