At least four separate coincidences have emerged as the public learns more information about the unverified Steele dossier and how it was crafted.

The origin story of the 35-page document was pretty simple at the outset. Fusion GPS, which was investigating then-presidential candidate Donald Trump, hired former British spy Christopher Steele to write the dossier.

But as more details about the dossier trickle out into the public forum, connections have surfaced that raise questions about how information made its way into the salacious document.

Here are the four most significant “coincidences.” 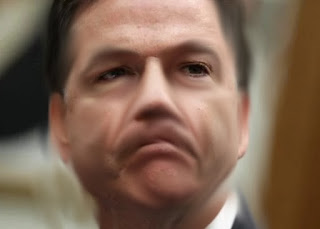 The first coincidence to emerge from the dossier involved the June 9, 2016, meeting held at Trump Tower between Donald Trump Jr., Paul Manafort, Jared Kushner and a group of Russians.

Two of the Russians in the meeting — Natalia Veselnitskaya and Rinat Akhmetshin — happened to be working at the time of that meeting with Glenn Simpson, the founder of the opposition research firm that commissioned the dossier. (RELATED: Revelations From Glenn Simpson’s House Intelligence Committee Interview)

Simpson, Veselnitskaya and Akhmetshin were working on behalf of a Russian businessman on a lobbying campaign to undermine a U.S. sanctions law called the Magnitsky Act.

Simpson met before and after the meeting with Veselnitskaya and Akhmetshin but says he was not aware of the Trump Tower meeting until it was reported in July. He has also denied telling the two Russian operatives about his work on the Steele dossier.

Trump Jr. accepted the meeting after an acquaintance offered to provide him with dirt on former Secretary of State Hillary Clinton. A Russian government attorney at the behest of Russia’s prosecutor general would provide the information, according to the acquaintance.

The offer matches up loosely with some of the allegations in the dossier, including that the Kremlin provided dirt on Trump’s political opponents.

Trump Jr. and others in the meeting say that it went nowhere and no meaningful information was exchanged. They also say that there was no follow up to the meeting, which lasted around 20 minutes.

Simpson himself appeared to acknowledge the odd overlap between his work on the two Russia-related projects — the dossier and the work with Veselnitskaya and Akhmetshin.

“I mean, thank God I didn’t know anything about the Trump Tower meeting, or I would really have some explaining to do,” he told the House Permanent Select Committee on Intelligence during a closed-door interview in November.

Before and after the election, Department of Justice official Bruce Ohr was in contact with Steele, a former MI6 agent. And weeks after Trump’s win, Ohr met with Simpson to discuss his work on Trump.

That revelation, which was publicized in December, is strange enough. But Ohr had another connection to the dossier project. His wife, a Russia expert named Nellie, worked as a researcher for Fusion GPS on its Trump investigation. (RELATED: Fusion GPS Could Have Been Buying Access To DOJ)

A House Intelligence Committee memo released Feb. 2, says that Bruce Ohr took his wife’s Fusion GPS materials to the FBI. Ohr was also interviewed by the FBI in November and December 2016.

Little is known about Nellie Ohr’s work for Fusion GPS, but Simpson conspicuously left her out of his House Intelligence Committee testimony in November.

When asked how he knew Bruce Ohr, Simpson said he met him through Steele. When asked if Fusion GPS employed any Russian speakers, Simpson said the firm did not. That despite Nellie Ohr being fluent in Russian. She has also worked for a CIA program that did open source research.

‘Vicious Sid,’ ‘Mr. Fixer’ and the Department of State

The newest coincidence to emerge out of the dossier quagmire centers around Sidney Blumenthal and Cody Shearer, two quintessential Clinton insiders.

Winer, who is friends with Blumenthal, in turn, gave the information to Steele.

Steele provided the information to the FBI in October 2016, according to a recent report by The Guardian.

The House Intelligence Committee and Senate Committee on the Judiciary are looking into the State Department’s involvement in that chain of events. (RELATED: Clinton ‘Hatchet Man’ Shopped Dirt Earlier Than Previously Known)

Shearer’s information closely matched Steele’s steamiest allegation about Trump — that the FSB, Russia’s spy agency, had video footage of Trump engaged with prostitutes in a Moscow hotel room. The material was being used to blackmail Trump, according to Steele.

The other side argues that Shearer and Blumenthal’s work as Clinton dirty tricks artists raises credibility concerns for Steele.

There is no proof yet that the Shearer/Blumenthal information was also included in Steele’s dossier. The Guardian reported that Steele did tell the FBI that he had not verified the information that originated with Shearer.

The young Trump campaign adviser who pleaded guilty to lying to the FBI about his contacts with Russians also has a possible link to the dossier.

George Papadopoulos, an energy consultant from Chicago, was in contact with Sergei Millian, a Belarusian-American businessman who is alleged to be a source of some of the most salacious claims in the dossier. (RELATED: George Papadopoulos’s Fascinating Link To The Dossier)

The Wall Street Journal, ABC News and The Washington Post have reported that Millian is “Source D” and “Source E” in the dossier.

It has emerged in recent months that Millian and Papadopoulos were in contact during the 2016 presidential campaign.

That connection raises the possibility — still far from verified — that Papadopoulos shared information with Millian that somehow ended up in the dossier.

The connection does not speak to whether the information would be true or false, but both Papadopoulos and Millian have histories of embellishment. Papadopoulos has exaggerated his resume, including a stint as a fellow at the United Nations. Millian has been accused of embellishing his business ties, including to the Trump real estate empire.

Papadopoulos joined the campaign in March 2016. Shortly after, he made the acquaintance of a London-based professor named Joseph Mifsud. In April 2016, during a meeting in London, Mifsud told Papadopoulos that he had learned that the Russian government obtained documents stolen from the Clinton campaign.

Papadopoulos, who pleaded guilty in October to lying to the FBI about his contacts with Mifsud, relayed this information the next month during a drunken conversation with Alexander Downer, the Australian ambassador to the U.K.

Downer did not do anything with the information until after Wikileaks began releasing hacked DNC emails two months later. Downer’s bosses informed the FBI about the Papadopoulos encounter, and the bureau opened up its counterintelligence investigation into Russian interference in the election.

The questions that remain about Papadopoulos are whether he told anyone in the Trump campaign about the emails and, if so, whether the campaign took action.

Curious CI op you've got there: you learn of a possible compromise of the S.O.S. and you open an investigation on the messenger. That's not the way I was taught at all.

I recall reading in a counter-intel manual on how to handle a 'walk in' informant. Take down the information, keep the meeting short and when the informant leaves, open an investigation into them to find out what motivated them to snitch. Agents are cynics and they don't believe someone would volunteer information as an act of patriotism. They must have a self serving agenda.