What Democrats' bleatings about "national security" are really hiding

Before the Nunes memo was released, Democrats, the media and its intelligence sources insisted that it would undermine national security, reveal tradecraft secrets and even get agents killed.

The Grassley-Graham criminal referral went through two FBI redactions. Julie Kelly at American Greatness compared the two versions to see what was hidden.

Most of the redactions in the first version, that were exposed in the second version, involved the problems with the FISA warrant application’s reliance on Christopher Steele. The references to the FISA warrant, which is classified, allowed figures in the FBI to redact it. But none of the references reveal anything damaging to our national security. They do raise serious questions about the FBI’s actions.

The FBI redacted the fact that the FISA warrant was thoroughly based on the Clinton-Steele dossier. Even if the FISA application is classified, Clinton opposition research isn’t.  The FBI redacted the accusation that the FISA warrant had failed to state that Steele had been working for the Clinton campaign. That certainly isn’t classified information though it took a lot of work to expose.

The redaction even cut the FBI’s own revelation that Steele went rogue because he was upset at the reopening of the Clinton email investigation. The original documents that mention this may have been classified, but there is no legitimate national security reason for hiding this information from the public.

Revealing it exposes no “tradecraft” secrets that our enemies might exploit. It certainly won’t get anyone killed. Though it could and should get some of those responsible fired. 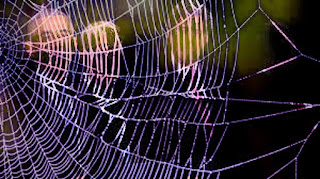 And that’s just for starters.

National security is not intended to conceal abuse and fraud by government agencies from Americans. Instead it’s meant to allow those agencies to act in secret in order to better defend them from enemies.

A Taliban spokesman announced that the Islamic guerilla group was looking into the Manning files. “If they are US spies, then we know how to punish them.”

Obama pardoned Manning. He appeared posing in a red dress on the cover of Vogue. Now he’s running in the Democrat primary in Maryland and raising money through ActBlue, the left’s fundraising platform.

There’s a world of difference between the FISA warrant abuses documented in the memo and referral, and the leaks of massive amounts of classified information that reveal techniques and targets.

But the Obama approach, from Day 1, was to declassify operationally damaging information and classify politically damaging information. That’s why he released the CIA interrogation memos that told Al Qaeda terrorists how to prepare themselves in case of capture, despite the opposition of five CIA heads, including the man working for him, but refused to declassify memos showing how well they worked.

After they lost the Senate, Senate Democrats on the Intelligence Committee under Sen. Dianne Feinstein released a biased and dishonest report about our interrogations of Islamic terrorists that caused American embassies around the world to go on alert in expectation of terrorist attacks.

That same Dianne Feinstein met the Nunes memo with a statement declaring, “Today’s announcement that the FBI has ‘grave concerns’ about the Nunes memo is the latest reason not to release it.”

Then the politician whose purely partisan report put American lives at risk, added, “There’s no excuse for playing politics with highly classified information. The president shouldn’t place personal or partisan interests above our national security.”  After its release, she complained that, “The Nunes memo is clearly intended to impugn the Steele dossier – of which no significant fact has been disproved.”

“No significant fact has been disproved” is quite a defense of a dossier claiming to indict the President of the United States. The burden of proof is on the accuser to prove an accusation. The Steele dossier remains unverified opposition research as documented in the memo that Feinstein wanted suppressed.

And what does Senator Feinstein consider to be the ‘insignificant facts’ that were disproven?

The dossier is full of basic errors and misspellings. These are mistakes that make the dossier look like it more likely originated from the Shearer-Blumenthal amateur intelligence operation than from pros either in Russia or the UK. But let’s ignore the fact that the author of the dossier has no idea what he’s talking about when it comes to Russia as an ‘insignificant fact’ that shouldn’t impact its credibility.

Those are the evidentiary rules that Senate Dems would like us to play by when it comes to Trump.

The dossier claimed that Michael Cohen, Trump’s lawyer, had met with Russian operatives in Prague in August. Instead Cohen went to Italy in July and was at the University of Southern California in August.

According to Senator Feinstein, that’s not a significant fact.

Cohen has denied meeting with the Russians. But how do you conclusively prove that he never met any Russians at the University of Southern California? And so that “significant fact” can’t be disproven.

(Even though it’s not a fact. The Clinton-Steele dossier is remarkably short of those.)

There’s a pattern of Deep State sources smearing political opponents by leaking allegations to the media without ever actually declassifying and releasing the content that they are based on. Take the case of Rep. Harman, a Democrat, who was targeted in the New York Times with claims that her conversations with an Israeli figure had been intercepted leading to a possible investigation. Harman’s positions on terrorism were inconvenient to Obama. When Harman asked Attorney General Holder to release the transcripts of the alleged conversation, the investigation was instead dropped. But the scandal blocked Rep. Harman from chairing the House Intelligence Committee. That’s where Rep. Nunes sits now.

Obama Inc. targeted its political opponents under the guise of national security. His acolytes are still using national security to block any examination of the sources of the allegations and the oversight of the agencies that his operatives have politicized. But it’s not the nation’s security they’re protecting.

The Democrats have no problem releasing classified information that endangers lives for partisan reasons. Obama pardoned Bradley Manning and former Attorney General Eric Holder claimed that Edward Snowden had performed a “public service” by compromising the NSA. That’s the same operative whom a House Intel report found was in contact with Russian intelligence agencies.

That’s how concerned Obama Inc. was about Russian spying and national security.

The only way to end the abuse is to stop letting the abusers hide them behind fake national security.

What a quite concern about the national security, Yes it's important to have secure especially who are those people want to destroy. Hiding the weakness of the FISA warrant doesn’t reveal classified information. It conceals malfeasance. Hope for the good that it will settle down.