If Rep. Trey Gowdy, R- S.C., really believes the House Intelligence Committee’s FISA memo does not vindicate President Trump, then he must also believe it does not answer the question of when Donald Trump stopped beating Melania. Gowdy made that claim, among others, in a series of tweets on Friday and in a “Face the Nation” interview last Sunday:

In a series of tweets on Friday, Gowdy said the memo, which alleges government surveillance abuse targeting at least one member of the Trump campaign, raises concerns about the FISA process and is of interest to the American people.

Despite that, Gowdy said he remains confident in Mueller and the "overwhelming majority" of the men and women serving at the FBI and Justice Department… 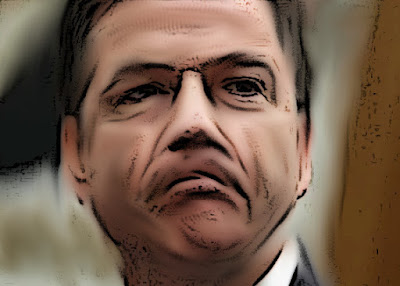 In an interview on "Face the Nation" on Sunday, Gowdy said he understands that the president is "frustrated," but he reiterated he doesn't think the memo "has any impact on the Russia probe."

Ah, but it does. President Trump was mocked when he said that Trump Tower was wiretapped and he and his team were being spied on by their own government. Now we know, confirmed by the FISA memo, that it not only happened, but also that it happened at the behest of the opposition DNC and the Hillary Clinton campaign colluding with a corrupt DOJ and FBI that used FISA warrant requests based on a Russian-linked dossier they paid for.

What does this FISA abuse have to do with the Russia collusion probe? Consider that the corruption of the FBI regarding the Hillary email probe, the Russia-Uranium One investigations, the FISA abuses occurred largely under FBI directors named Robert Mueller and James Comey. Comey had the fix in for Hillary Clinton and when Trump fired him for usurping the role of attorney general and publicly exonerating her, Comey, by criminally leaking memos on a private conversation in the Oval Office, arranged for the appointment of a special counsel, his good friend Robert Mueller.

While putting the fix in for Hillary to keep her out of prison, Comey was also part of the cabal trying to keep Trump out of the White House. His deputy was Andrew McCabe, forced out of his post as a result of the FISA memo’s description of his corrupt activities. Peter Strzok, a leader of the FBI resistance to Trump, as well as McCabe and his paramour Lisa Page, worked for Comey. Strzok, the lead investigator in the Hillary probe, went on to work for Mueller in the Russia collusion probe. A few dots for Trey Gowdy to connect.

Consider that Comey, in testimony given under oath in June 2017, said the Steele dossier was “salacious and unverified”. Yet Comey signed off on at least one, if not four, FISA warrant applications based on that “salacious and unverified” dossier. Either he was lying to Congress or he was lying to the FISA court judge. In any event, he was out to get Trump and the FISA abuse and his plot to set up Robert Mueller as a special counsel without a crime to investigate or any evidence of collusion were both parts of his conspiracy to get Trump.

Rep. Lee Zeldin, R-N.Y., says that McCabe testified that if it weren’t for material from British spy Christopher Steele’s fraudulent dossier, there would have been no FISA requests and no surveillance of Team Trump:

Congressman Lee Zeldin (R-NY) took to Twitter following the release of the memo detailing FISA abuse and misconduct against the Trump campaign and asserted that former-FBI Deputy Director Andrew McCabe’s statements regarding the dossier were recorded during his sworn testimony.

His tweets nuked the claims of CNN’s “anonymous sources” that said McCabe never made the statements laid out in the memo.

As Democrats frantically attempted to discredit the memo, Zeldin wrote that McCabe testified under oath that there would not have been a warrant without the dubious Christopher Steele dossier which was commissioned by Fusion GPS and paid for by the Democratic National Committee and the Clinton campaign.

“McCabe did in fact testify under oath that there would not have been a FISA warrant if not for the dossier. It was recorded,” Rep. Zeldin tweeted.

Without Comey’s FBI submitting false FISA requests, including at least one signed off by Comey himself. there would have been no surveillance of Team Trump. On Comey’s  watch, McCabe and Strzok hatched their plot to unseat Trump, with at least one session held in “Andy’s office.” Without Comey’s actions there would have been no special counsel’s office staffed with Hillary Clinton donors and Democratic activists. Again, connect those dots.

Without Comey, the only justification for a special counsel would have been the conversation between George Papadopolous, briefly a foreign policy adviser for Team Trump, and an Australian diplomat in a bar:

The FBI reportedly decided to open its investigation into the Trump campaign after George Papadopoulos, a foreign policy adviser for the Trump team, drunkenly admitted to an Australian diplomat the Russians had damaging information on Hillary Clinton, an admission that came weeks before WikiLeaks began publishing its tranche of hacked emails.

Papadopoulos made the revelation in May 2016 to Alexander Downer, the top Australian diplomat in Britain, while he was drinking at the Kensington Wine Rooms in London. Three weeks earlier, a professor with ties to the Russian government told Papadopoulos the Russians had emails that would be damaging to Clinton, according to the New York Times.

Hearsay is inadmissible in a court of law. This is third or fourth-hand hearsay involving a drunken Trump hanger-on in a bar who passed on information to an Australian diplomat from a professor with ties to the Russian government. This is an awfully thin reed to hang an investigation on. Wasn’t the dossier also put together by someone with links to the Russian government, one Christopher Steele?

There is a link between the FISA abuse by the FBI and the Mueller investigation – the man who had it in for Trump after obstructing Justice n the Hillary Clinton email probe. That link is James Comey.

Ah but it is admissible in the FISA court.