The Democrats’ deeply dishonest rebuttal to the congressional report on the Obama administration’s abuses of surveillance authority came out on the weekend as the House intel chief seemed to threaten to abolish the secret court that granted the abusive requests.

There is “clear evidence” that Democrats are trying to cover up their involvement in a massive plot to undermine the electoral process and that they colluded with parts of the government, House Permanent Select Committee on Intelligence Devin Nunes (R-Calif.) said mid-afternoon Saturday from the main stage at the annual Conservative Political Action Conference (CPAC) near Washington, D.C.

“We’re not going to have the [Foreign Intelligence Surveillance Court] much longer if the [Justice Department] and FBI continue to obfuscate like that.”

The comment from Nunes came as the New York Times acknowledged deep down in an article that President Trump “is correct that nothing produced publicly by [Special Counsel Robert] Mueller to date has claimed any wrongdoing by the president nor any illegal collaboration with the Russians seeking to influence the 2016 election.”

As for a now-unclassified four-page memo compiled by Nunes, it was based on classified information supplied by the FBI and its parent agency, the Department of Justice. The memo provides damning evidence that top officials in President Obama’s national security community abused their authority to obtain surveillance warrants against members of President Trump’s election campaign from the Foreign Intelligence Surveillance Court. 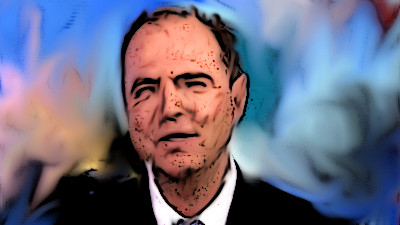 The Nunes memo indicated that government officials relied on the tainted Fusion GPS dossier by former British spy Christopher Steele that is loaded with Kremlin-supplied misinformation to obtain surveillance warrants. The discredited dossier made bizarre, unproven claims like the one that President Trump hired prostitutes to urinate on a Moscow hotel bed for him. We now know the dossier was part of Hillary Clinton’s bag of dirty tricks deployed during the 2016 campaign.

The rebuttal memo from the minority party on the committee was released while Nunes was receiving a Defender of Freedom award at CPAC.

Unlike the majority Republican committee report, the Democrat document is a collection of lawyerly lies, process-oriented misrepresentations, red herrings, and straw men.

The Majority's move to release to the House of Representatives its allegations against the Federal Bureau of Investigation (FBI) and the Department of Justice is a transparent effort to undermine those agencies, the Special Counsel, and Congress' investigations. It also risks public exposure of sensitive sources and methods for no legitimate purpose.

The Schiff memo claims that “FBI and DOJ officials did not abuse the Foreign Intelligence Surveillance Act (FISA) process, omit material information, or subvert this vital tool to spy on the Trump campaign.”

Democrats think Americans are dummies who can be easily swayed by lies that are rarely contradicted by their allies in the mainstream media. So they won’t hesitate to make a claim that flies in the face of what we know so far about the left-wing cabal to rig the 2016 election that was led by high-ranking officials in the Obama-era FBI and Justice Department.

Democrats insist the surveillance court was notified of the Steele dossier’s partisan origins but the evidence they cite says no such thing. The Schiff memo quotes from an explanation to the court. The relevant part states, “The FBI speculates that the identified U.S. person was likely looking for information that could be used to discredit Candidate #1’s campaign.”

Speculating, of course, is not the same thing as claiming, so this statement falls dramatically short of the Democrats’ claim that the surveillance court was informed of the ugly origins of the dossier used to obtain Foreign Intelligence Surveillance Act warrants against a short-term Trump campaign staffer.

And so the Schiff memo confirms, apparently unwittingly, the important claim in the Nunes memo that the FBI and DoJ failed to inform the surveillance court that the Steele dossier was paid for by Hillary Clinton’s campaign and the Democratic National Committee (DNC) through the Perkins Coie law firm.

The Schiff memo also states that the Steele dossier “did not inform” the FBI’s July 2016 decision to launch a probe into the Trump campaign, but this is a rhetorical straw man because, as Breitbart’s Aaron Klein notes, the Nunes memo made no such claim.

The Schiff memo confirms several times that the Obama Justice Department did use Steele’s dossier in court applications to surveil Page.

One passage in the Democrat memo states “DOJ’s applications did not otherwise rely on Steele’s reporting, including any ‘salacious’ allegations about Trump…” Klein observes that the use of the word “otherwise” shows that, according to Schiff’s memo, the “DOJ did indeed rely on Steele’s dossier for something.”

Klein adds: “As a side note, interestingly, the Democrats only use the term ‘salacious’ regarding the dossier, not fully quoting from former FBI Director James Comey’s famous remarks in which he testified that the anti-Trump dossier contained ‘salacious and unverified’ material.”

The Schiff memo also claims Obama-era agencies “repeatedly affirmed to the Committee the reliability and credibility of Steele’s reporting, an assessment also reflected in the FBI’s underlying source documents.”

But that cannot be true, according to the Nunes memo, which states that a “source validation report conducted by an independent unit within FBI assessed Steele’s reporting as only minimally corroborated.”

Sens. Chuck Grassley (R-Iowa) and Lindsey Graham (R-S.C.), who both reviewed the original applications to the FISA court, thought so little of Steele’s work that they signed a letter urging he be criminally investigated. Both senators said the Steele dossier was central to the warrant applications.

Left-wing journalists howled over the weekend, claiming the Schiff memo devastated the case made by Chairman Nunes.

For example, at Vox, Zach Beauchamp wrote a piece of fiction titled, “The Democratic rebuttal to the Nunes memo tears it apart[.]”

He attacked Nunes, wondering how he could “get this so wrong,” and points to a Fox News interview earlier this month in which the lawmaker acknowledged he had not read the FISC warrant before deciding it had to be made public.

But what Beauchamp left out was the fact that even though Nunes had not read the memo at the time referenced, he was nevertheless fully aware at that time of its contents.

Congressional Republicans had struggled mightily to extract documentation from the Justice Department for about the previous 12 months. In the end, Nunes had to threaten officials with contempt citations to get the DoJ to act. The agreement the committee made with the DoJ stipulated that only one person from the majority party on the committee would be given access to the classified material.

HPSCI member Trey Gowdy (R-S.C.) was given the task by Nunes based on his experience as a federal prosecutor, Nunes told The Hill newspaper. After viewing the documents, Gowdy briefed the committee members on what he read.

This is to be expected from Vox, founded by JournoLister Ezra Klein, a now-defunct secret listserv left-wing journalists used to coordinate favorable coverage of the Obama administration. Vox is also the home of logorrheic conspiracy theorist Matthew Yglesias who is so Trump-deranged he became a “girther” weeks ago when he refused to accept the presidential physician’s statement that his patient weighed 239 pounds.