Former President Obama wanted “to know everything” the FBI was doing in its investigation into claims that Russia was interfering in the 2016 election, a new report suggests, raising the specter of a sitting president becoming involved in a plot to rig the 2016 election.

It was a year ago the outlines of a Watergate-like conspiracy emerged in which a term-limited Democrat president used the privacy-invading apparatus of the state to spy on a Republican presidential candidate. Watergate differed in that President Nixon didn’t get involved in the plot against the Democratic National Committee until later as an accomplice after the fact.

But this new evidence suggests Obama may have been part of a sinister anti-democratic cabal from the beginning.

The assertion that Obama wanted “to know everything we’re doing” came in a private Sept. 2, 2016, text message from FBI lawyer Lisa Page to FBI agent Peter Strzok, with whom she was having an extramarital affair at the time. (The exact message, time-stamped 1:50 p.m., reads "Yes, bc potus wants to know everything we are doing.") In a separate, previously revealed text message to Page, Strzok wrote something cryptic about an “insurance policy” in case Donald Trump got elected. Some have speculated he was referring to the salacious, unverified dossier the DNC paid rent-a-spy Christopher Steele to compile that purports to show Trump’s nefarious links to Russia.

At one point, the foul-mouthed Trump-hating duo whose text messages show a visceral contempt for Republican voters, both worked for Special Counsel Robert Mueller who has been investigating the still-unsubstantiated conspiracy theory that then-candidate Donald Trump somehow colluded with Russia to throw the presidential contest his way. 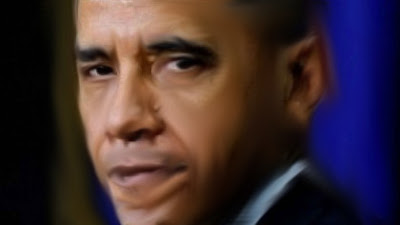 Sen. Ron Johnson (R-Wisc.) chairman of the Senate Homeland Security and Governmental Affairs Committee that released the emails between Page and Strzok yesterday, told NBC News that the texts were “totally candid, unvarnished” and “just raise an awful lot of questions.”

In a report accompanying the release of the emails, Johnson says that the Sept. 2, 2016, text came in the context of a discussion about preparing talking points for then-FBI Director James Comey to use when briefing President Obama.

But it isn’t clear from the message thread alone which investigation – Clinton emails, or perhaps Russians interfering with the U.S. election – that the talking points are concerned with.

Even if it were clear, the idea of such a briefing would still present bad political optics, John Nolte notes at Breitbart News.

The whole idea of an FBI director preparing talking points for the president on such a sensitive issue is bound to raise questions. So too Obama’s apparent involvement in an ongoing investigation directly involving one of his former cabinet members, and possible successor.

Chairman Johnson suggests, somewhat weakly, that the Comey briefing discussed was about Clinton and her emails.

Clinton used the hacker-friendly “home brew” servers while running the State Department to conceal the corrupt dealings of the anticipatory bribe clearinghouse known as the Bill, Hillary and Chelsea Clinton Foundation and to evade her disclosure responsibilities under the Freedom of Information Act. She also stole tens of thousands of emails that were her work product and therefore U.S. government property, and destroyed them.

Johnson's report only says that the text "may relate" to the FBI’s Clinton investigation, since the Justice Department had redacted other text messages that related to other investigations. An earlier text in that sequence refers to the need to develop talking points for Comey in connection with a morning meeting "on the 7th."

But Johnson’s conclusion that the text message “may relate” to the Clinton email probe does not appear to be supported by the facts.

It would be fair to say that the investigation discussed in the thread simply could not be the inquiry into the Clinton emails, or so argues a report in the Wall Street Journal.

The newspaper reports that “associates of Mr. Strzok and Ms. Page said that exchange referred to the president’s wanting information on Russia election meddling, which the FBI was heavily involved in over that period.”

“That exchange occurred just days before Mr. Obama met Russian President Vladimir Putin at a summit in China,” the newspaper continues. “Mr. Obama said in December 2016 that he had addressed the issue of tampering with the election process with Mr. Putin at that September meeting.”

But – and this is critically important – there was no FBI investigation into Clinton’s emails at the time Page sent the message in question to Strzok.

In August and September 2016, the FBI was no longer actively investigating the Clinton matter, after Mr. Comey had said that July that he was recommending no criminal charges be filed. In late October 2016, the FBI ramped up its investigation into Mrs. Clinton again when the bureau learned about a potential trove of new Clinton-related emails on the computer belonging to the husband of one of her aides. Mrs. Clinton and her allies have cited that announcement as a big factor in her election loss.

Would Comey be requesting a briefing on an investigation that had already been shut down? The question answers itself.

The fateful message was among tens of thousands of texts between the star-crossed lovers that were reviewed by Fox News after being released by Johnson’s committee.

This revelation about the 44th president might be slightly less disturbing but for the fact that Obama assured a Fox News Channel reporter months before in a discussion about the Clinton email matter that interfering with criminal probes is just not who he is.

“I guarantee it. I guarantee that there is no political influence in any investigation conducted by the Justice Department or the FBI, not just in this case but in any case. Full stop. Period.”

But as we know after suffering through eight long years of his presidency, Obama is an exceptionally polished con man. He has a pretty well-documented track record of lying, his silver tongue a-flapping, to conceal his various corrupt schemes.

He used the IRS to target conservative and Tea Party nonprofits, along with Catholic, Jewish, and pro-Israel organizations. He brazenly lied about it. There was “not even a smidgeon of corruption” at the IRS, Obama told Bill O’Reilly on Super Bowl weekend in 2014.

After boasting that under his watch al-Qaeda was on the run – it wasn’t – he worked during the final phase of his reelection campaign with then-Secretary of State Hillary Clinton to cover up the fact that the deadly Sept. 11, 2012, attack on U.S. facilities in Benghazi, Libya, was perpetrated by Muslim terrorists, not some spontaneously-formed mob angry about a video that put their prophet in an unflattering light.

Obama told Americans that they would be able to keep their family doctors under the Affordable Care Act, also called Obamacare, and that they would save money as a result of the law. He accused surgeons of performing unnecessary amputations out of greed.

Even a memoir that helped make him famous and laid the foundation for his successful career in electoral politics was filled with lies. His ghost-written autobiographical book, Dreams From My Father, was a carefully constructed mixture of truth and fiction, including invented composite characters.

President Trump seemed to claim vindication on Twitter after the latest tranche of Page-Strzok text messages was made public.

The president appears to be right.

Too bad that America finally elected a black man to be president, only for him to also be a corrupt Chicago criminal.