Democrats’ #ReleaseTheMemo Hysteria: “If you’re not catching flak, you’re not over the target”

The hysterical bleatings of Democrats who are in the final stages of dealing with a political earthquake are entertaining, to be sure. Among the assertions: 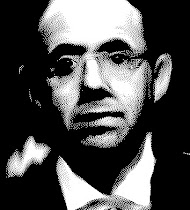 • The pencil-necked recipient of -- reportedly -- a mysterious $7.8 million, Adam Schiff, says that House Intel Chairman Devin Nunes modified the FISA memo. Retreating from the matrix, we find that Nunes corrected a few typos and redacted a statement based upon an FBI request;

• The Wicked Witch of the West (Nancy Pelosi) wrote Paul Ryan demanding that Nunes be removed from his chairmanship;

• An MSNBC analyst asserted that Nunes is a Russian agent;

• Jerrod "Jabba the" Nadler has asked for an emergency meeting with the FBI to somehow stop the release of the memo.

Yes, this is what passes for informed debate on the left side of the aisle. The reality is quite simple.

If the memo contained an unending series of falsehoods -- say, like a Michael Wolff book -- no one would be freaking out. They would simply ridicule the bogus assertions using facts, logic, and reason.

But because the FISA memo's documentation is comprehensive, factual, and damning, Democats and political operatives in the executive branch are completely freaking out (video here).

What is at risk is not only the Obama "legacy", which will turn out to be the most insidious, disastrous and anti-American administration in history. Gun-running to Mexican cartels? Weaponizing the IRS against political opponents? Handing nukes and cash to Iran? Hey, those were only the appetizers!

As for the memo itself, Monica Crowley asserts that "This is the first of several memos. As bad as bad as this memo might be, my understanding is that there is worse coming down the pike."

Pssst. Nanc, maybe Swalwell is a Russian agent, too.

Adam is called Schiff for Brains for a reason. He is the male Maxine Waters

Not holding my breath- but it would be absolutely wonderful if the Manchurian Phony went to jail over this, and his corrupt SoS too!

Still, if the only crooks we can jail are underlings, I'll try to be satisfied with that.