LEVIN: New Reports Only Strengthen My Argument That Obama Must Answer Some Very Hard Questions

The media is finally catching up to Mark Levin on the Obama administration surveillance abuse scandal.

Fox News reported Wednesday that President Obama was briefed on the status of the Hillary Clinton email investigation some time in September 2016. A text message sent by FBI official Lisa Page to her colleague Peter Strzok on Sept. 6 said that “potus wants to know everything we’re doing.”

Fox News reported that the message referred to the Clinton email investigation. However, a Wall Street Journal article cited “associates” of Strzok and Page who claim the text message exchange was not related to the Clinton investigation — which Obama adamantly denied involvement with — and instead referred to briefing the president on Russian election meddling in general. 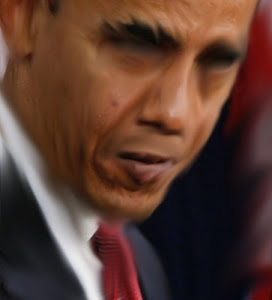 Regardless, this question remains: If President Obama was being briefed on Russian attempts to interfere in the 2016 election, how was he not aware of the ongoing counterintelligence investigation conducted against Carter Page and other people in Trump’s sphere? This is a point made repeatedly by Levin.

In a January 24 episode of LevinTV, Levin argued that there was “no way in hell Barack Obama didn’t know some of this,” referring to the FBI’s investigations. During his Feb. 5 radio program, Levin reiterated that top officials in the Obama Justice Department and the National Security Council — Attorney General Loretta Lynch, Deputy AG Sally Yates, FBI Director Comey, and Deputy Director McCabe — must have known about the FISA warrants.

Appearing on Fox News’ “Hannity” later Monday evening, Levin said it was impossible that President Obama was not informed on the status of ongoing counterintelligence investigations in his daily intelligence briefing.

“It’s [Obama’s] FBI, his Department of Justice, his State Department, his candidate. I cannot believe for a minute that the National Security Council didn’t know about this,” Levin told host Sean Hannity.

If President Obama truly wanted to know “everything” that was going on with Russian attempts to interfere with the election, how is it possible he was not told about a counterintelligence investigation conducted by his FBI against the presidential candidate of the opposing party — his potential successor?

What else have we learned on Wednesday?

A memo from Sens. Lindsey Graham, R-S.C., and Chuck Grassley, R-Iowa, referring ex-spy Christopher Steele to the Justice Department for criminal investigation confirms many of the allegations of FISA court abuse detailed in the House Intelligence Committee memo released last week. It confirms, in greater detail, that the FBI used the dossier compiled by Christopher Steele and containing information from Russians to obtain a warrant to spy on Trump campaign affiliate Carter Page. It confirms that the FBI did not disclose that the dossier was paid for by the Hillary Clinton campaign and the Democratic National Committee. It confirms that the FBI did not tell the FISA court that Steele was “desperate” that Trump lose the election, that high-ranking DOJ official Bruce Ohr knew of Steele’s extreme partisanship and knew of his work on the dossier, or that Ohr’s wife was a Clinton campaign affiliate.

“It appears the FBI relied on admittedly uncorroborated information, funded by and obtained for Secretary Clinton’s presidential campaign, in order to conduct surveillance of an associate of the opposing presidential candidate. It did so based on Mr. Steele’s personal credibility and presumably having faith in his process of obtaining the information. But there is substantial evidence suggesting that Mr. Steele materially misled the FBI about a key aspect of his dossier efforts, one which bears on his credibility,” the senators wrote.

As Levin told Hannity on Monday, “whether it was witting or unwitting,” the FBI colluded with the Hillary Clinton campaign to obtain a warrant using unverified information from the Russians to spy on a former Trump campaign associate.

The question that remains unanswered is: What other forms of surveillance took place? It is known that numerous U.S. persons involved with the Trump campaign were “unmasked” by Obama administration officials. Information about these individuals was leaked to the media to damage the Trump administration. A December 29, 2016, conversation between former Trump national security adviser Michael Flynn and Russian ambassador Sergey Kislyak was intercepted by government surveillance and then leaked to the media. Conversations Attorney General Jeff Sessions had with Kislyak were likewise intercepted and leaked to the media. For these individuals to be “unmasked” and have intelligence information about them leaked, which is a federal crime, means they must first have been surveilled.

What did President Obama know about the surveillance, and when did he know it? Levin has been asking this question for months, enduring vicious smears from the media — and enduring them almost alone, as few prominent conservatives offered a defense of Levin’s trailblazing analysis.

But it is not too late. As the evidence mounts that the FBI acted with malfeasance, if not malice, conservatives have an opportunity and an obligation to push for further investigation. The full FISA application for the Carter Page warrant should be released and examined thoroughly. President Obama’s daily presidential briefings ought to be examined as well. The White House and several Republican members of Congress have expressed an openness to appointing a second special counsel to investigate the FBI and the Justice Department’s actions during the 2016 campaign. Do it. Levin has also suggested that a blue-ribbon commission of “top former officials” be appointed to investigate and issue a report suggesting policy changes that can prevent future surveillance abuses by a presidential administration.

Conservatives ought to want the FBI and the DOJ to have impeccable integrity and the full confidence of the American people. Sadly, cooperation from the FBI in investigating these matters has been sorely lacking. For months now, the Bureau has stonewalled congressional investigators. In response to increased scrutiny and criticism, the agency has threatened to be even less forthcoming with Congress, undermining the legislative branch’s role of constitutional oversight.

Will conservatives defend Congress’ constitutional oversight powers? Will conservatives demand integrity and transparency from our federal law enforcement agencies? Will we follow the evidence of surveillance abuse Levin has exposed, wherever it may lead? And will we demand better from the government that is supposed to secure our rights?

LOL, "hard questions" from Barry's past include his Grandmother, his Mother, his father, his birth certificate, his transcripts, and a host of illegitimacies he has chosen not to answer. The only thing we know is that Big Mitch has swinging meat, and we saw that on "Ellen". Good luck with the rest o dat.

So glad not to be Joan.

I know this may make me sound like something from Infowars, but what if obozo was a soros creation. He was selected as a worthwhile project, taught to speak well, and had a background created for. Then you simply seal all the records, have Pelosi certify him as fit to run, and, after the lsm had trashed the GOP for 8 years, get him elected. Without his teleprompter, he couldn't string a sentence together. Jarrett made all of the decisions and even once was quoted as saying she gave him a list with boxes of choices and he would check the ones "he wanted" and she went about the business of destroying the United States. Considering connections to both soros AND the muslim brotherhood, then the rapid changes of command at agencies and the military were part of the plot. The hildebeast was to finish the job with open borders globalism. I know, send the men in the white jackets...

I'll bet Obama was spying on other GOP candidates, too.

Bookdoc - I think you are spot on.

Everything about this phony is phony; none of it can be confirmed, and if anyone asks questions they're told, "that's been debunked." There's never any link to wherever the "debunking" has been done, because it hasn't been.

Obama/Soetoro is the real life "Manchurian Candidate," but he actually got elected.