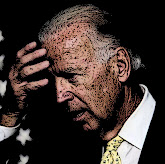 Joe Biden is reportedly pondering a 2020 run against President Donald Trump, who has been accused of having blood on his hands regarding the high school shooting in Parkland, Florida by, among others, David Hogg. Hogg is one of the surviving students at Marjory Stoneman Douglas High School and has become the media face of those pushing increased gun control after the tragedy:

The Republican Party currently controls the White House and both chambers of Congress, while the Supreme Court has a 5-4 conservative majority – something David Hogg, a student at Marjory Stoneman Douglas High School, pointed out during an interview with his classmates on Sunday's "Meet the Press."

Responding to Trump's tweet, Hogg said: "How dare you.  You are in that exact position right now, and you want to look back on our history and blame the Democrats?  That's disgusting.

"You're the president," he continued.  "You're supposed to bring this nation together, not divide us.  How dare you.  Children are dying, and their blood is on your hands because of that."

Parenthetically, young Mr. Hogg's mother, Rebecca Boldrick, is an ardent anti-Trumper with frequent Facebook posts sliming our 45th president, one of which has a picture of son David sitting at a CNN anchor desk during a studio tour.  It might be assumed that her son started with a similar anti-Trump bias even before the shooting.

Young Mr. Hogg's emotional statement notwithstanding, if there is anyone who has blood on his hands because of the shooting at his high school, it is the former vice president, who was the sponsor of the legislation that made Marjory Stoneman Douglas High School a gun-free zone and David Hogg and his fellow students sitting ducks for an armed predator.

What's stopping teachers from bringing guns to work right now?  The Gun-Free School Zones Act of 1990.  Sponsored by then-Sen. Joe Biden and signed into law by then-President George H.W. Bush the law makes it illegal for anyone "to knowingly possess a firearm" within 1,000 feet of a school zone...

Could the Supreme Court overturn the Gun-Free School Zones Act?  Maybe.  They did it before.  Five years after passage, the court declared the law unconstitutional under the Commerce Clause.  But Congress amended the bill and President Bill Clinton signed it back into law in 1996.  The Supreme Court has not ruled on the issue ever since.

Perhaps they should.  President Trump as a candidate opposed the idea of schools being gun-free zones:

Donald Trump likes the idea of teachers bearing arms in the K-12 classroom.  "I will get rid of gun-free zones on schools – you have to," the Republican nominee told a crowd at a campaign rally in Burlington, Vt., in 2016.  "My first day, it gets signed, okay?  My first day.  There's no more gun-free zones."

His short-sighted optimism aside, that seems even less likely now amid an emotional tide that has cast reason, logic, facts, and common sense aside.  Why should we learn what the Israelis already know: that the only way to protect our schoolchildren from a bad guy with a gun is a good guy with a gun?  Instead, we irrationally put the onus on guns like the AR-15, which, contrary to media and political hype, is not an assault weapon.  Assault is a behavior and not a weapon, and further restricting the access of law-abiding potential victims to defensive firearms is not the answer.

The fact is that there has been a sharp spike in school shootings since Joe Biden sponsored the Gun-Free School Zones Act of 1990.

Prior to Gun Free Zone Act: 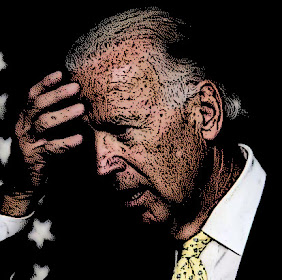 After the Gun-Free Zone Act:

School shootings are preventable.  As much as Americans are reluctant to turn their schools into what critics might call armed camps, it would be a better situation than the free-fire zones that exist today.  Would allowing guns in school be dangerous?  We allow guns in schools right now by not having secure entrances; by not heeding warnings from those who did see something and did say something; and by not having adequate armed security on campus, including armed teachers.  When citizens with guns were nearby, school shootings have been cut short:

Few Americans are aware that in an October 1997 shooting spree at a Pearl, Miss., high school that left two students dead, assistant principal Joel Myrick retrieved a gun from his car and immobilized the shooter until police arrived, preventing further killings.

Or, in another school shooting in January 2002 at the Appalachian School of Law in Virginia, a disgruntled former student killed Law Dean L. Anthony Sutin, associate professor Thomas Blackwell and a student.  Two of the three Virginia law students who overpowered the gunman were armed, preventing further deaths.

Not only would armed security in the schools do more than kumbaya-singing wishful thinking, but the mere uncertainty of whether the shooter would face return fire might deter such crimes.  Killers love gun-free zones, which is why the shooter at an Aurora, Colorado movie theater picked a particular one.

Responding to Trump's tweet, Hogg said: "How dare you. You are in that exact position right now, and you want to look back on our history and blame the Democrats? That's disgusting.

#1 Democrats have absolutely no historical perspective. Time starts at zero every day they wake up.

#2 Most high school students are ignorant. Mostly because that lack an acceptable amount of time being an adult to really learn what life and the world really is about.